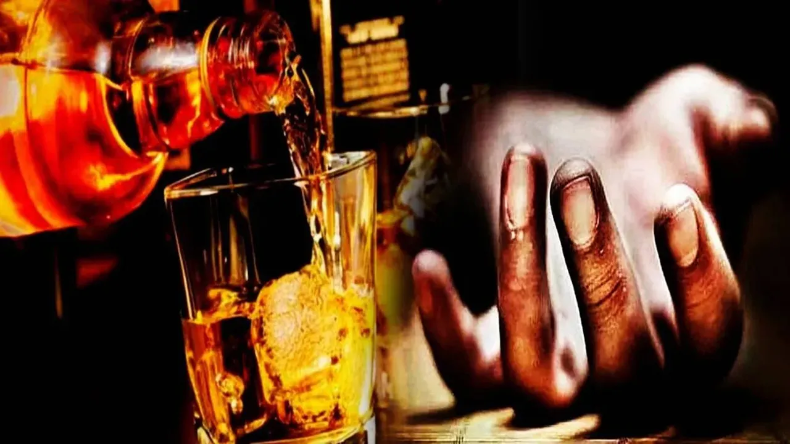 SARAN(BIHAR): At last 11 people died and several others fell critically sick after allegedly consuming spurious liquor at Saran District area during the treatment, on Friday.

As per the report, Bihar’s Saran district’s Makar, one person has died. It is suspected that they died due to drinking poisonous liquor.

In this regard, District Magistrate Rajesh Meena has said, “Nine persons have died in PMCH (Patna) and one in private hospital in Saran. After the death of one person has been reported.”

According to the superintendent of the hospital Dr I S Thakur, two others-Chandan Mahto (30) and Kamal Mahto (65) were declared brought dead at Chhapra sadar hospital.

Even now 12 patients are being treated in Chhapra whose condition is stable. At the same time, the condition of some of the people undergoing treatment in PMCH is critical.

Rajesh Meena said, “The post-mortem of the dead has been done so that the cause of death can be ascertained. The medical team is conducting door-to-door survey in the affected area so that necessary treatment facilities are provided to the sick people immediately.”

According to the local, people drank alcohol on the occasion of Nagpanchami.

After that, from the afternoon of Thursday, August 4, people’s health started deteriorating and the process of death started.

Mithilesh Mahato, one of the relatives of the deceased, says, “Liquor is easily available in the village. Which people buy and drink. Even on the day of Nagpanchami, my father-in-law drank alcohol, after which his health deteriorated and he died on the way to PMCH.

Meanwhile, the district magistrate Rajesh Meena said, is not confirming the death due to spurious liquor but according to an appeal issued by the district administration on August 4, “the possibility of the deceased persons consuming narcotic/poisonous liquor has not been ruled out.” May go.”

Complete prohibition is in force in Bihar. But despite this, the chain of deaths due to poisonous liquor continues from different parts of the state.