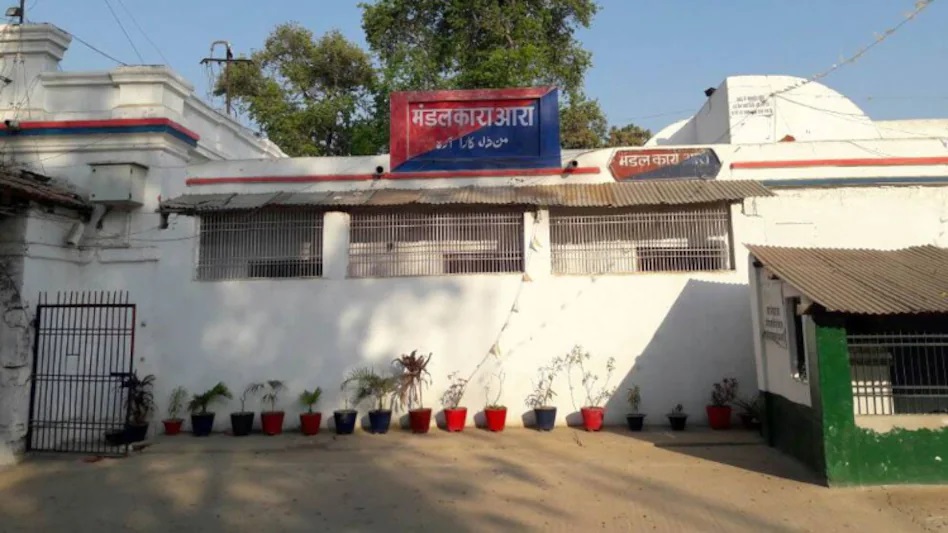 Arrah(Patna): In view of increasing crime in Bhojpur, a raid was conducted in Arrah Jail on Saturday regarding jail connection. 35 mobile phones have been recovered during the search operation. According to the information, all the phones were cleverly hidden inside the ground. There was a stir in the officers due to the receipt of so many mobiles together.

After this incident, the authorities have suspended three personnel including the deputy superintendent of the jail, as well as planning to send 15 prisoners to other places.

However, Bhojpur DM Rajkumar had written a letter to his subordinate officers instructing them to rectify the law and order situation in the district. After this raid was done in the jail.

Recently, DM Rajkumar and SP Sanjay Singh raided the jail and recovered a large number of mobiles. After that, DM Rajkumar instructed the superintendent of the jail to strengthen the jail system and conduct raids. On Saturday, Jail Superintendent Sandeep Kumar conducted a massive raid in the jail. During this, 35 mobiles, chargers and sims were recovered from the jail.

The mobile was kept buried 6 feet inside the ground.

According to the information, the prisoners had buried the mobile about 6 feet inside the jail land. Many mobiles were buried in a pit 6 to 7 feet under the ground in the bathroom built behind ward numbers 7 to 14 and 6 to 10.

The jail administration said that the cellmates have formed an organized gang inside the jail and through them mobiles are supplied inside the jail. A case is being registered in the police station against the prisoners from whom the mobile was received and a recommendation has been made to send 15 prisoners to another jail from the IG Jail.