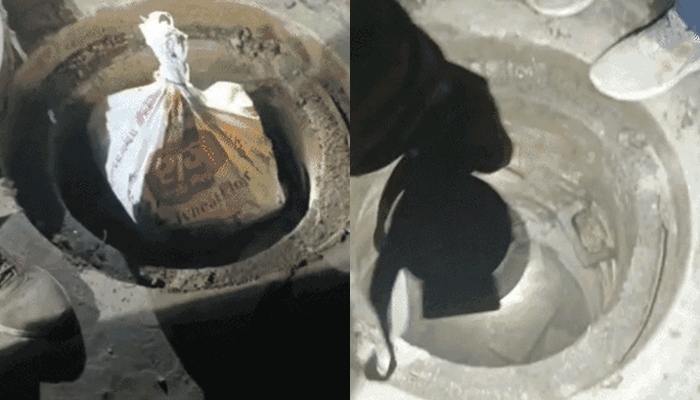 Muzaffarpur: Bihar Excise Department team has busted illegal liquor mafia in Muzaffarpur. In fact, the Excise team had received the tip-off information. On the basis of which team raided. According to the information, liquor was stocked by making a pit about 6 feet under the road.

The excise department team seized 80 liters of liquor by digging the road. However, the seized liquor is of different brands.

After the Chhapra spurious liquor case, the administration is continuously taking action against the liquor mafia in Bihar.

According to the information received, this matter is related to Dadar area of Ahiyapur. Please inform that the action has been taken under the leadership of Excise Inspector Pinky Kumari.

The product inspector said that the liquor was of an expensive brand. It had other brands including Blenders Pride, Royal Stag. It was confiscated. He said that looking at the spot, it appeared that a pit was dug in the road after its construction.

A six feet round shaped cement molded ring was found inside the pit. It was inserted to prevent water leakage. People around were questioned. But, no one gave any concrete information. Further action has been said to continue in this matter.

On investigation in this case, the involvement of a local youth named Raja has come to the fore. A charge has been filed against him.