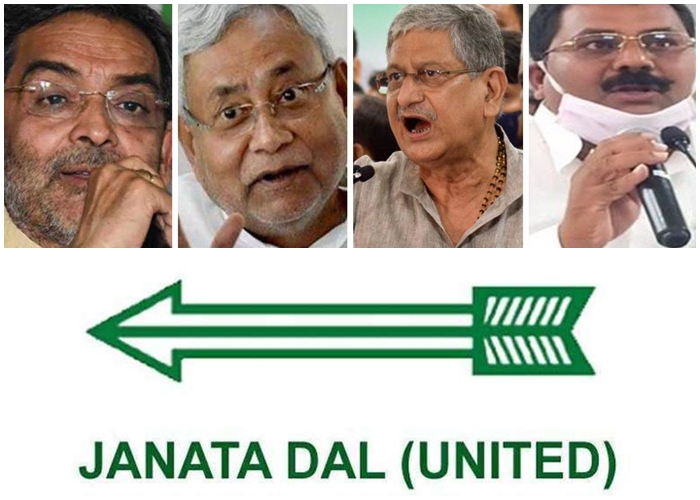 Who will be the next president of JDU?

Lalan Singh and Umesh Kushwaha will be seen

State Election Officer Janardan Prasad Singh said that the JD(U) organizational elections would be over by December when it would have new national president elect.

Panchayat level elections will start from November 13 and after the completion of the elections, the state president will be elected. However, the national president election will be held in Delhi. He said the National Council would meet after the elections and the session would be held on December 10 and December 11.

Documents related to JDU’s membership drive have started arriving in the party office. This assessment is still in the initial stages that in which district how much work has been done under the membership drive. On the other hand, JDU’s national secretary Ravindra Singh says that the party has succeeded in getting more members than its target.

The election of the organization will start from the Panchayat level

According to official information received from JDU, the lowest unit of the party’s organization is up to the Panchayat level. Therefore, election officers will be made for Panchayat level elections. Apart from this, JDU will decide the name of its returning officer for the election at the block, district, state and national level. The returning officer will then initiate the process of election.

How many members were elects in which district

The documents related to the membership drive have started in the JDU state office. The party had directed that all documents be submitted by October 22. But due to festivals this work could not be completed yet. It is expected that after Chhath complete documents will be available from all the districts. Only after this it will be known that in which district how many members were made under the membership drive.