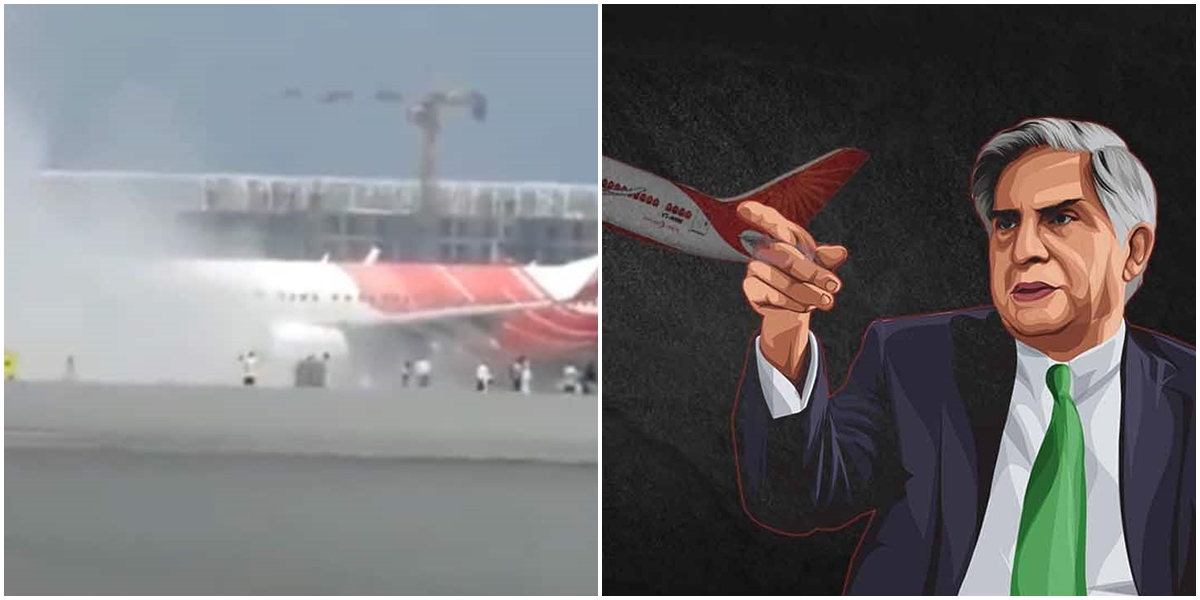 NEW DELHI: Smoke started billowing out of an Air India Express plane at the Muscat International Airport on Wednesday. Over 140 passengers had to be evacuated after engine number 2 of Cochin-bound Air India Express flight IX 442 caught fire and smoke erupted. No injuries have been reported.

According to local media reports based in Oman, about 14 people were injured in this accident. Passengers were pulled out of the Air India Express plane on the slide after smoke emanated from the passenger plane, officials said.

As per the Directorate General of Civil Aviation, Relief flight will be organised. Air India Express, earlier a government carrier, is now owned by the Tata group. Who mainly connects to the Middle East, West Asia, besides South Asia.

An official privy to the development said, “The B737-800, registered as VT AXZ, was ready for take-off in Muscat when smoke and engine number 2 fire was detected. However, all the passengers were (141+4 babies) pulled out safely.” “The passengers have been taken to the terminal building and a relief flight will be arranged to bring them back,” the official said.

In fact, when the Muscat-Kochi flight of Air India Express was on the runway during the flight, smoke was detected in it. After which the passengers were pulled out through the slide in the emergency. There were 141 passengers and six crew on board the ship. Everyone has been evacuated and they are all safe.

Director General, Directorate General of Civil Aviation (DGCA), Arun Kumar said, “We will investigate and take appropriate action.” Aviation ministry officials told HT that an expert informed about the engine fire following which all necessary action was taken and slides were deployed on the taxiway to evacuate passengers.

Significantly, two months ago, an Air India Express flight from Calicut to Dubai had to divert to Muscat after smelling of burning. However, there was no sign of any serious incident later.