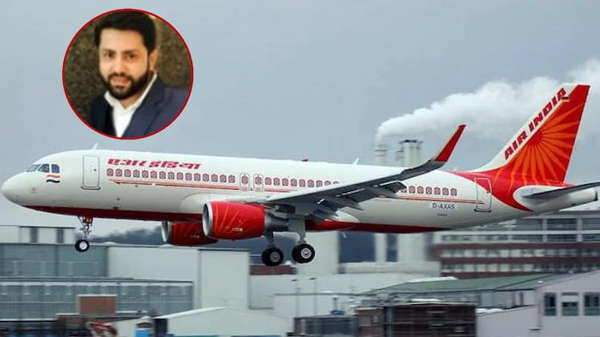 NEW DELHI: The father of a man who allegedly urinated on an elderly woman in an Air India flight in November 2022 has termed the allegations levelled against his son as false.

According to the report, the Delhi Police on Friday issued summons to Air India staff, including the pilot and co-pilot present on board the New York-Delhi flight on which a passenger allegedly urinated on a co-passenger. While summons have also been issued to the father of the accused.

According to the Air India staff were issued summons for Friday, but they didn’t appear.

In an interview to news agency ANI on Friday, he said, “I don’t think he would do it. She ( the victim) is a 72-year-old woman, who is like her mother. His son is 34 years old. How can he do this? He is married and has an 18 year old daughter.

#WATCH | Air India pax urinating case of Nov 2022 | Shyam Mishra, father of accused S Mishra says, "It is a false case. I don't think he'd do it. She (victim) had demanded payment&it was made. Don't know what happened next. Perhaps there was blackmailing, there must be something" pic.twitter.com/wpu4qb1Y3G

He said, “My son had not slept for 30-35 hours. After dinner he may have had a drink provided by the crew and then fell asleep. What I do know is that after he got up, he was questioned by the airline staff.

Father of accused S Mishra says, “It is a false case. I don’t think he’d do it. She (victim) had demanded payment & it was made. Don’t know what happened next. Perhaps there was blackmailing, there must be something”

After sent summons by Delhi Police to the father of the accused for questioning. Even after calling several times, father are not giving any answer. On Friday, the Delhi Police questioned two people in Mumbai in this matter.

When he was asked where his sons are now, he told that he also does not know anything about it.

I don't think he would do it. She (the victim) is a 72-year-old woman, she is like his mother. He (the accused, his son) is a 34-year-old man. How can he do it? He is married and has an 18-year-old daughter: Shyam Mishra, father of accused S Mishra (2/2) pic.twitter.com/1zoBgmjwMB

What is the matter?

On November 26, a man from Mumbai allegedly urinated on an elderly woman on an Air India flight from New York to Delhi.

Delhi Police had registered an FIR on Wednesday following a complaint in Air India in this matter. Even before that, while apologizing for the incident, the accused had requested the victim not to file a complaint. He had said that he does not want his wife and children to be affected by this matter.

It was also reported on Friday that the American financial services company ‘Wells Fargo’ has sacked the accused. The company had said that the allegations (on him) are troubling.

The development comes hours after the Directorate General of Civil Aviation (DGCA) rebuked airlines for their failure to act against unruly passengers in recent days.

The DGCA reiterated the responsibility of individuals-pilot in-command, cabin crew and director in-flight services-towards handing of unruly passengers under various provisions of Aircraft Rules, 1937, DGCA regulations, circulars and manuals of airlines approved/accepted by the regulator.