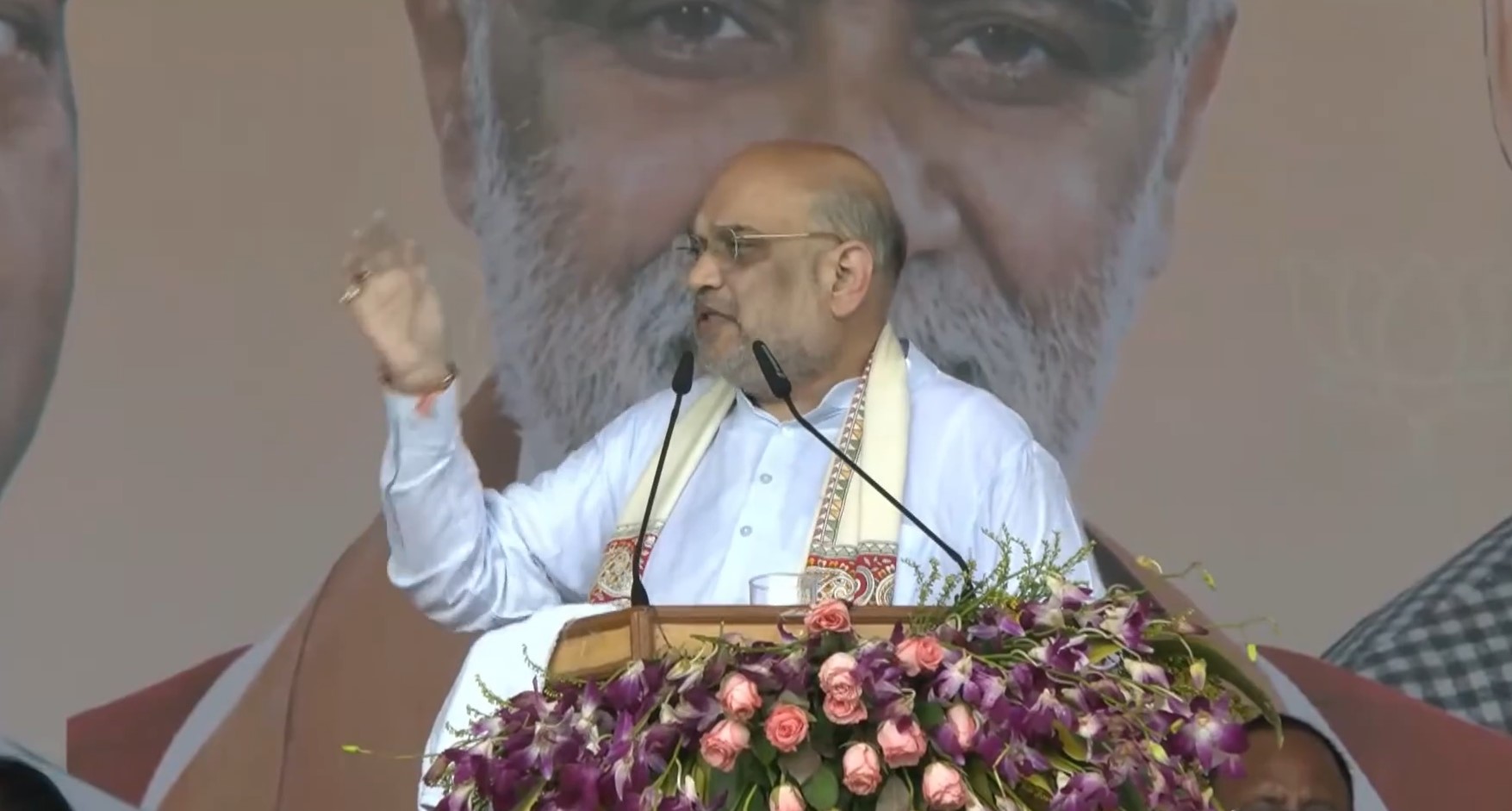 Patna: Union Home Minister Amit Shah is on a two-day state visit after the Bharatiya Janata Party lost power due to political upheaval in the politics of Bihar last month.

Amit Shah, who came to Seemanchal area for two days, reached Purnia on Friday at his first rally in Bihar after the JD(U)-BJP break-up. Addressing the BJP’s Jan Bhawna rally in Purnia, Amit Shah raised the slogan ‘Bharat Mata ki Jai’ and said that today is the birth anniversary of national poet Ramdhari Singh Dinkar and I bow to him. Dinkar ji’s poems not only gave edge to the freedom movement, his writings worked to strengthen Indian culture.

“The huge crowd here is a warning for Nitish Kumar and Lalu Yadav,” Shah said, addressing the rally. Sharpening the attack, he further said: “The threat of Jungle Raj is back in Bihar ever since sides were switched. I want to tell people – this Nitish-Lalu duo has now got exposed. Within three years of rule, under PM Modi’s leadership, the BJP had helped in getting rid of terror from the Leftist groups,” Shah said. “Can Nitish Kumar become PM?” Amit Shah asked.

Attacking the Lalu-Nitish pair, Amit Shah said that Lalu and Nitish are suffering from stomach ache due to my arrival. They are saying that they have come to quarrel. Lalu ji you are enough to start a fight. You have done this work your whole life. An atmosphere of fear has started with Lalu ji coming into the government. But I have come to tell the people of the border area that this border district is a part of India, there is no need to fear anyone here, because Narendra Modi’s government is at the center. This crowd is a warning signal for the Lalu-Nitish government.

‘Don’t be afraid of Lalu-Nitish, Modi government is above’

Amit Shah told the people of Seemanchal that no one will be afraid in the border districts. Lalu-Nitish pair may have arrived. Above is the Narendra Modi government. No one has the courage to do arbitrariness in the border districts. We made you the chief minister by showing nobility. You got half the seat from us and you were reduced to half. We had made you the Chief Minister even then by showing nobility because Modi ji had promised you that we would fight the elections under the leadership of Nitish ji.

There is danger of jungle raj again in Bihar: Amit Shah

Amit Shah said that Nitish Kumar will never be able to become the Prime Minister and the government will not run in Bihar too. He said that in the 2024 Lok Sabha elections, the people of Lalu-Nitish will be wiped out. At the same time, in the assembly elections of 2025, a full majority government of BJP is going to be formed in Bihar. Nitish Kumar just loves the chair. They make alliance with any party. Who can save when Lalu ji is in government. The law and order situation in Bihar has deteriorated since the day he took oath. Nitish ji is calling it a conspiracy. The threat of jungle raj is looming over Bihar.