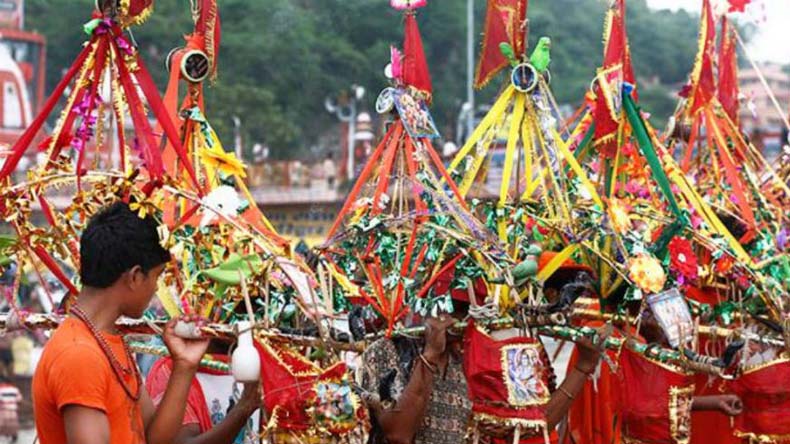 MUNGER(BIHAR): A big shocking news reported on the third Monday of Shrawan, about 50-60 Kanwariyas (devotees of Lord Shiva) going to perform Jalabhishek from Munger to Lord Shiva temple have been bitten and injured by stray dogs. After which the injured was taken to the nearest hospital Tarapur subdivision for treatment.

According to the information received, the Deputy Superintendent in-charge of the hospital, Dr. B.N Singh said that at around five o’clock in the morning, dozens of Kanwariyas, local shopkeepers and villagers were sent dogs on mobile by the health workers on duty at the temporary health camp Dharmarai on Kanwaria Marg. Cutting information is given. As soon as the information was received, all the Kanwariyas injured due to dog bite were sent to the sub-divisional hospital by ambulance for treatment.

About 50 to 60 women and male Kanwariyas were brought to the hospital for treatment. where everyone was treated. At the same time, some Kanwariyas were badly injured. Anti-rabies vaccine was given to all, he added.