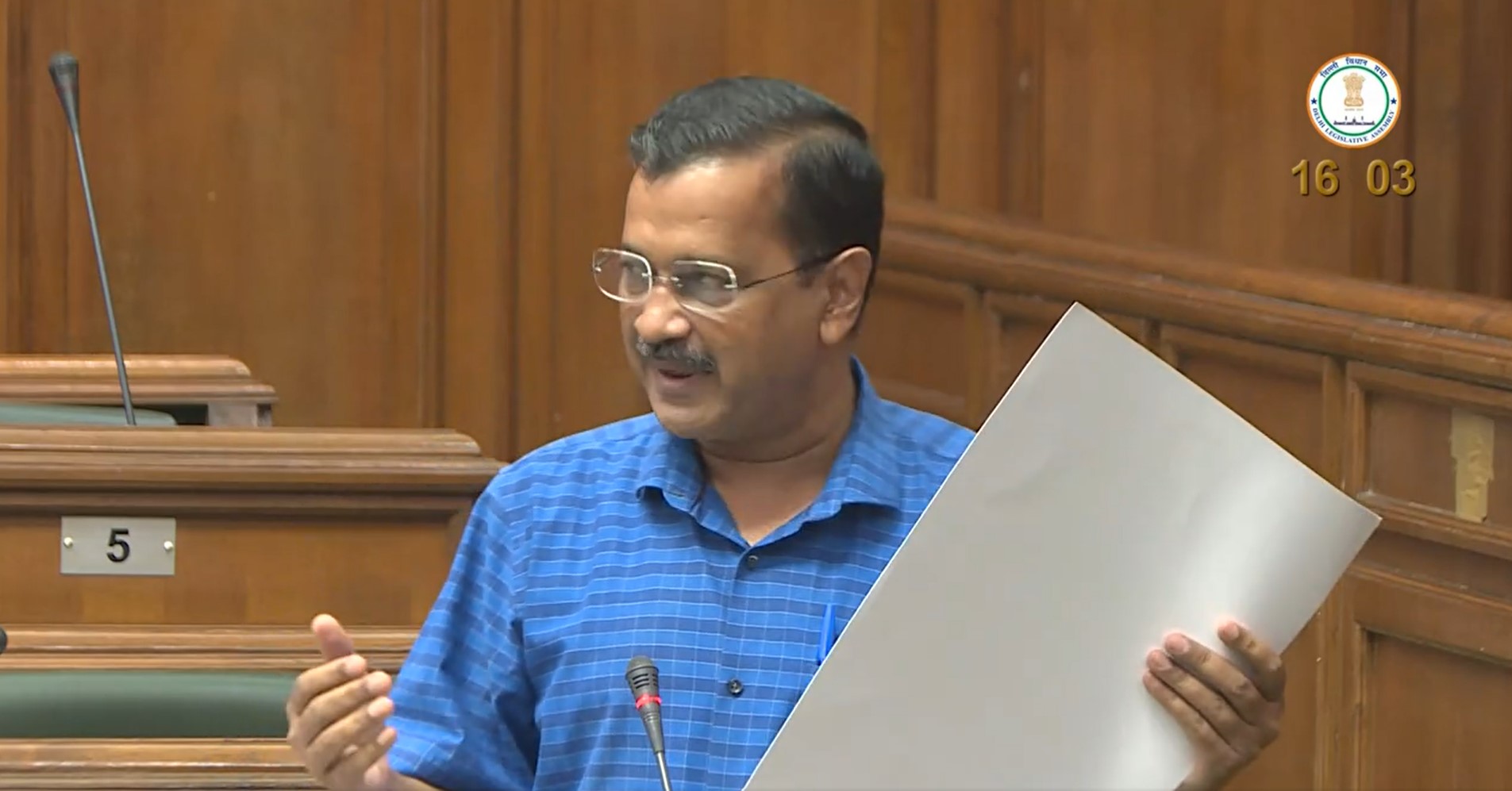 NEW DELHI: Delhi Chief Minister Arvind Kejriwal on Friday accused the BJP of breaking the Aam Aadmi Party’s MLAs in the assembly and toppling the AAP government in Delhi using the same tsctics such as ED and CBI raids.

Delhi Deputy Chief Minister Manish Sisodia on Friday said during the special session of the Delhi Assembly- the CBI FIR against him was completely fake, and alleged that the BJP-ruled Centre is acting like a serial killer to eliminate state governments.

Arvind Kejriwal said, “These people have toppled many governments in the country. They have toppled the governments of Goa, Karnataka, Maharashtra, Assam, Madhya Pradesh, Bihar, Arunachal Pradesh, Manipur and Meghalaya.”

Arvind Kejriwal said that the operation lotus that the BJP had run has become Operation muddy after coming to Delhi.

Delhi Deputy Chief Minister Manish Sisodia is facing a CBI probe over alleged corruption in the changes in the excise policy.

The one-day special session of Delhi Assembly is currently underway amid ruckus in the House with both the BJP and AAP raising slogans against each other. BJP MLA’s protest outside the Delhi Assembly and raised slogans demanding Deputy Chief Minister Manish Sisodia’s arrest and removal from cabinet over the controversy surrounding the Excise Policy 2021-22.

All the anti-national forces have gathered to topple the AAP government in Delhi: Kejriwal

Arvind Kejriwal said that there was a 14-hour raid at Manish Sisodia’s house.

“Four-five scoured everything in the room. Checked very thoroughly, looked at the walls to see if there was any hollow. Like in the movies, they show that they should not put jewelry in these walls. Then they tear the mattress, tear the pillows Look, saw the wardrobe, clothes, everything. Went out in the evening. Not even eighteen, not even Chavanni.”

On August 19, the CBI had raided several places including Manish Sisodia’s house and registered a case against 15 people.