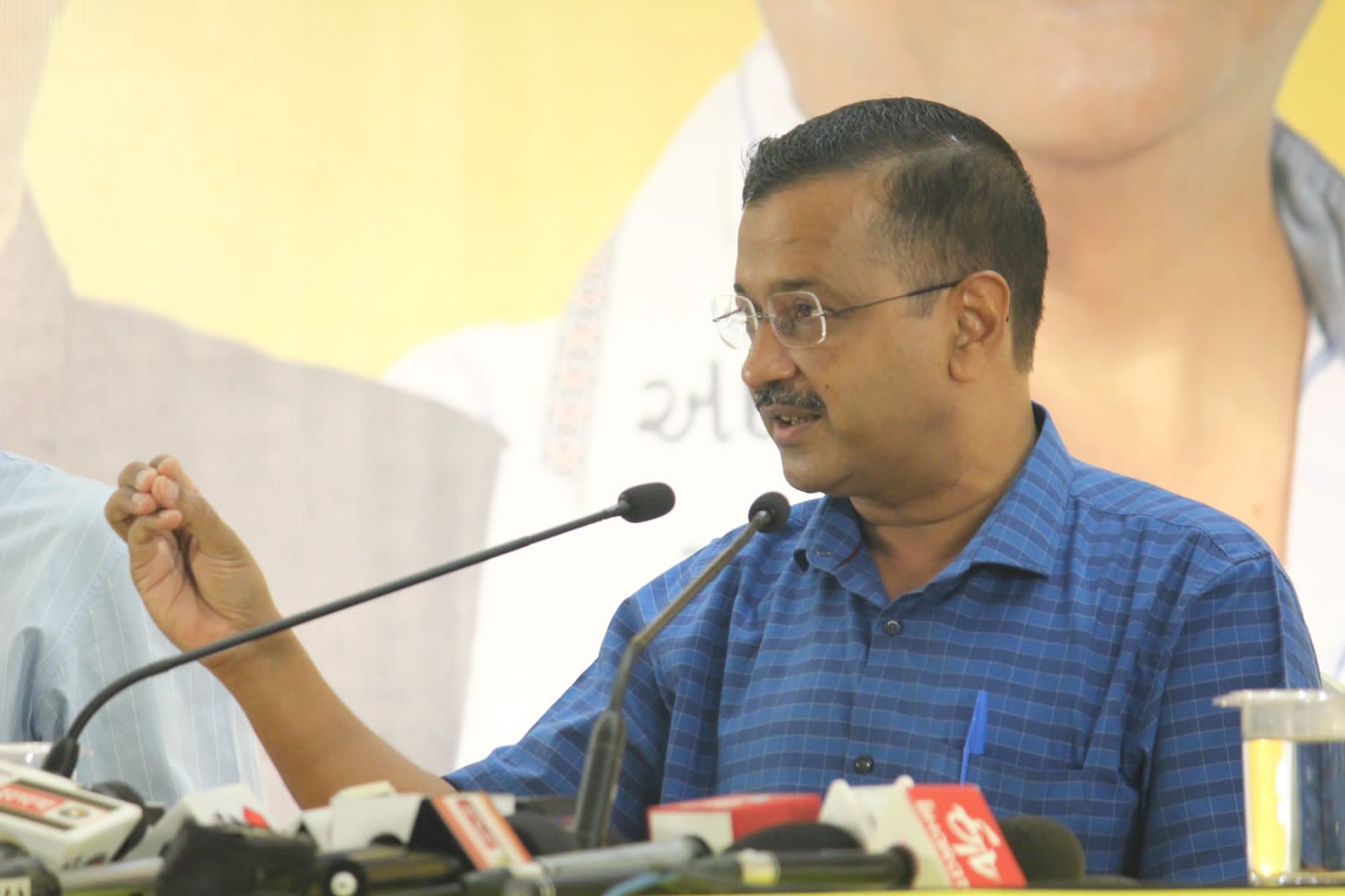 CM, Minister, MLA, Officer – Will not allow anyone to do corruption: Kejriwal

Addressing the rally in Ahmedabad, He alleged that out of fear, the BJP is implicating its opponents in false cases and threatens them with raids.

Kejriwal said that if the Aam Aadmi Party government is formed in Gujarat, he will give corruption and fear-free government to the state.

CM, Minister, MLA, Officer – Will not allow anyone to do corruption. The AAP government will make sure every penny collected from the public as tax goes to the service of the people of Gujarat, Kejriwal added.

Kejriwal also promised to stop “illegal business” of present minister and government officers in Gujarat, investigate scams of the government and recover money collected through corrupt politicians so that it can be spent on public.

During his multiple visits to Gujarat in the recent past, Kejriwal had announced a slew of guarantees, including free electricity up to 300 units per month, allowances for women and unemployed youth, free quality healthcare and education and creation of jobs.

What Kejriwal said in Ahmedabad?

Whether our CM, any of our ministers, our MLA or any other party’s MLA, we will not allow anyone to do corruption.

If someone does corruption, he will go straight to jail, he will not be spared, he will be sent directly to jail. Be it from our party or from other party.

Every penny of the government will be spent on the public. Theft of public money will be stopped. No money from Gujarat will go to Swiss banks and billionaires’ accounts.

After the formation of the Aam Aadmi Party government, every work of every person will be done without giving bribe. Will make such arrangements that you will not have to make rounds of offices.

No one has to pay money to get government work done in Delhi. Door step delivery service runs. A man from a government office comes to your house and does your work. What was done in Delhi will be implemented in Gujarat.

The black business of politicians and ministers which is going on in Gujarat will be stopped.

The smuggling of spurious liquor and drugs being sold in Gujarat will stop.

Kejriwal said, Will stop the process of paper leaking. The masterminds of all the papers that have been leaked in the last 10 years, who are sitting in and outside the government, will catch them and put them in jail, will not spare anyone.

All the money for the scams that happened in the previous government in Gujarat will be recovered from them. The scams will be investigated, said AAP.

Arvind Kejriwal said, “No one needs to be afraid. Elections will be held after two months, in which BJP government is going and Aam Aadmi Party is coming to power.