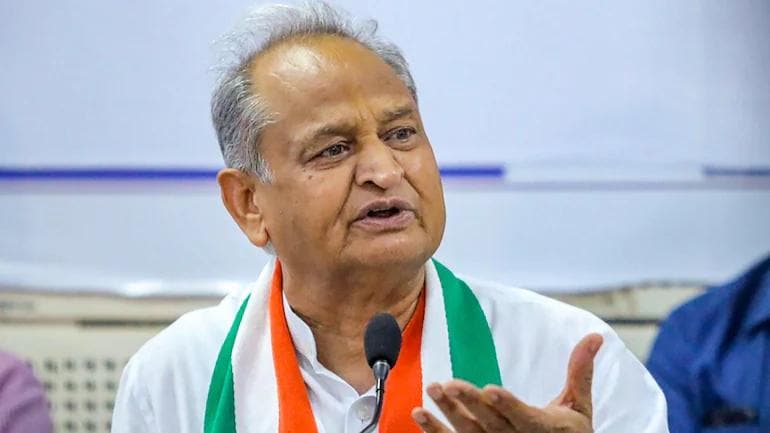 New Delhi: Rajasthan Chief Minister Ashok Gehlot said that will not contrast the Congress president elections. After meeting Sonia Gandhi at 10 Janpath, Gehlot also said that “I meet Rahul Gandhi in Kochi & requested him to fight in the polls. When he didn’t accept, I said I’ll contest but now with that incident, I have seceded not to contest the elections, he added.

Gehlot said, Now Sonia Gandhi will decide on the post of Chief Minister.

In fact, Ashok Gehlot met Congress interim president Sonia Gandhi in Delhi for about one and a half hours. After this, Rajasthan Chief Minister Ashok Gehlot said on Thursday, ‘I worked as a loyal leader for the Congress. With the blessings of Sonia ji, I became the Chief Minister of Rajasthan for the third time. The incident that happened two days ago shook me. I feel very sorry for him.

Ashok Gehlot said that I have apologized to Sonia ji. He further said that it was my moral responsibility to pass a one-line resolution in the legislature party meeting. I couldn’t get it done. In this atmosphere, I decided that I will not contest the election of the President. On the question related to his continuing as Chief Minister, Gehlot said that Sonia Gandhi will decide on this.

For the past two decades, the Congress has been trying to make a non-Gandhi the party president.

Senior leader Shashi Tharoor has also been asked to file his nomination for the presidential poll which is slated to be held on October 17.