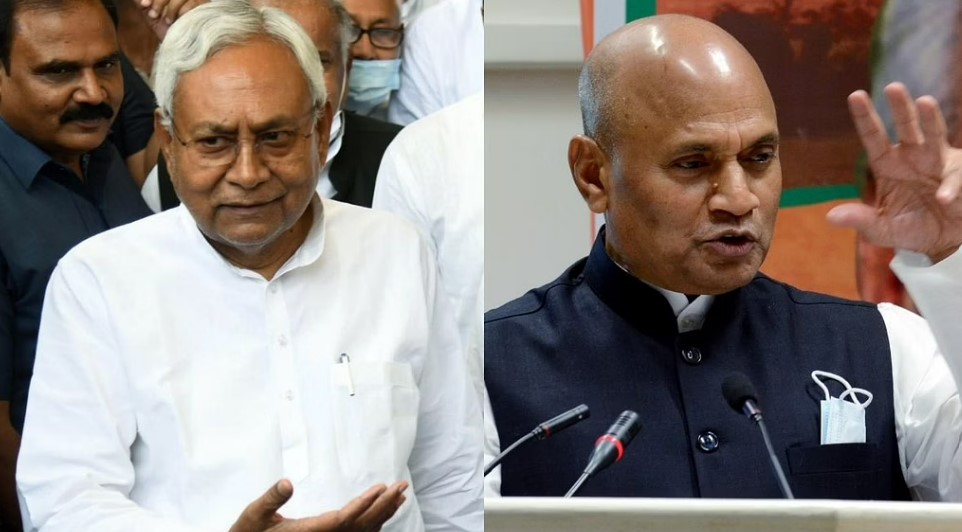 RCP Singh announced his resignation from the party by holding a press conference at his residence in Mustafapur in the Nalanda district late on Saturday.

Meanwhile, Chief Minister Nitish Kumar has called a meeting with JDU MPs. All party MPs have been asked to come to Patna by Monday evening. JDU national president Lalan Singh will also be present in meeting. The subject of the meeting has not been made public yet. In this, the future of the alliance with BJP can be discussed.

Recently in Bihar, there was political turmoil over the properties of some JDU workers and corruption. While, Singh has also hinted at forming a new party, as per the source.

According to media reports, JDU leader and Bihar Education Minister Vijay Chaudhary has said that his party will not be included in the Union Cabinet. He says that no one will be made minister from JDU quota in Narendra Modi cabinet. Nitish Kumar has already announced about this. Even now this stand will continue.

Why did RPC Singh resign?

Singh was accused of creating unaccounted wealth on behalf of the party. A show cause notice was issued to him in this case. After this, RCP Singh said goodbye to JDU on Saturday evening. JDU cut RCP Singh’s Rajya Sabha ticket and then he had to leave the post of Union Minister. RCP Singh was the only minister from JDU quota at the Centre.

What did Nitish Kumar say after RPC Singh’s resignation letter

Moreover, JDU state president Umesh Singh Kushwaha said in a letter to RCP Singh that you are well aware that our honorable leader Nitish Kumar is working with the policy of zero tolerance towards corruption and he remained spotless in his long political career.

However, instead of replying, RCP Singh thought it better to resign. Due to his move, politics in Bihar has heated up.