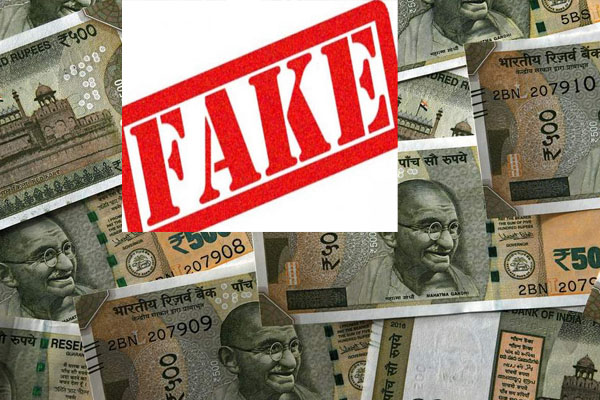 Lakhisarai: Seven persons, allegedly linked to gang involved in distributing counterfeit notes, were arrested by the Lakhisarai city police on Monday, leading to the seizure of fake Indian currency notes with a face value of Rs 29 lakh.

The city police, busting a gang doing illegal business of counterfeit notes, raided the city’s Akash Hotel and arrested two members of a gang dealing in counterfeit notes with fake notes of Rs 500.

The gang has been identified as Manish Singh and Madhuri Devi. The city police station interrogated both of them.

On the basis of information received after interrogation, Rahul Singh and Satish Kumar, residents of Mahuli village of Nawada district, have been arrested with 29 bundles of counterfeit notes.

During the raid, three suspected persons escaped from the spot. At present, after interrogating the police, the four arrested accuses have been sent to jail.

Police have also recovered fake notes worth Rs 29 lakh and four mobile phones from these people. Giving information about this whole matter, SP Pankaj Kumar said that the police had received tip-off information. After which a raid was conducted in Hotel Akash. According to the information received, some persons dealing in counterfeit notes were staying.