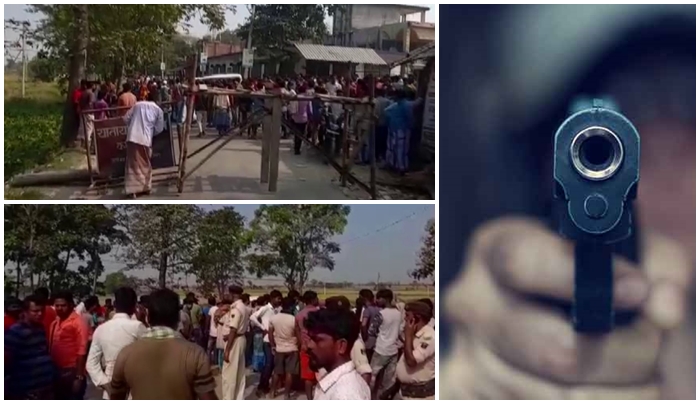 KATIHAR: Local BJP leader Sanjeev Mishra was shot dead in Katihar district of Bihar on Monday. According to the information, the murder was carried out near the Telta police station area in front of the BJP leader’s house. Two culprit riding a bike opened fire targeting Sanjeev Mishra. The BJP leader died on the spot due to bullet injuries in this incident.

Bihar | A local BJP leader Sanjeev Mishra was shot dead by two bike-borne men near his house in Telta Police Station area of Katihar allegedly over an old dispute.

In protest, the people of the village staged a protest. Police force has been deployed in the area.

It has been told that the incident was carried out due to old enmity. The local people staged a protest against the murder. As soon as the information was received, the police reached the spot and sent the body for post-mortem. the matter is being investigated.