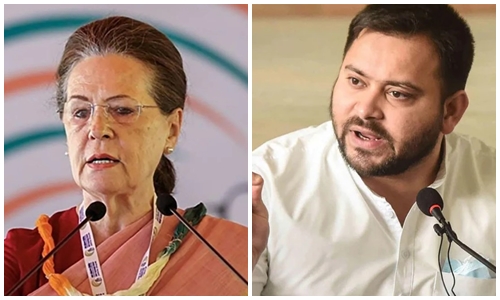 Rportedly, the meeting at 10 Janpath will take place between 5 to 5.30 pm.

JD(U) leader Nitish Kumar took oath as Bihar chief minister for a record eighth time in a no-frills ceremony at Raj Bhavan after snapping ties with the BJP-led NDA and joining hands with the RJD to form a ‘Mahagathbandhan’ government.

Sonia Gandhi played a crucial role by intervening in the political situation in the state and helped in the formation of a new government in the state, said Congress MLA.

Congress MLAs in the state have been locked in a stiff competition to get the ministerial berths since the change of guard in Bihar. Ajeet Sharma, a member of the Bihar Legislative Assembly, has said that the party should get at least four ministerial berths.

On the other hand, Congress’s Khagaria MLA Chhatrapati Yadav has written a letter to Sonia Gandhi saying that he should be made a minister as he belongs to the ‘Yadav’ community.

According to the report, Bihar Cabinet expansion is likely to happen on August 16.