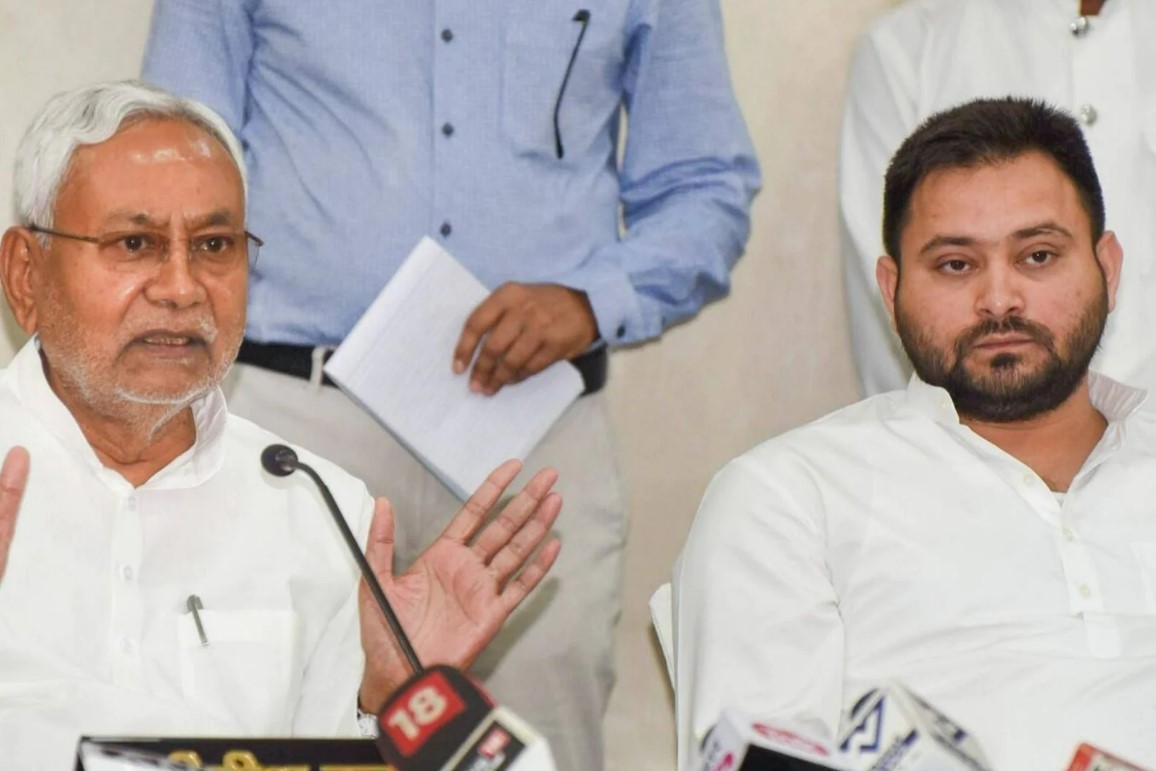 PATNA: Leaders of JD(U), RJD and BJP gathered at separate meetings in Patna amid the political crisis in the state. As per the media reports, Nitish Kumar will meet the Governor at 4 pm and submit his formal resignation. Meanwhile, Union Minister Kaushal Kishor says that BJP wants Nitish Kumar to remain the Chief Minister.

JDU Parliamentary Board President and former Union Minister Upendra Kushwaha has tweeted congratulating the formation of a new alliance under the leadership of Nitish Kumar.

He wrote in hindi, “Congratulations to Nitish Kumar ji for holding leadership accountable and giving new form to the new alliance. Nitish ji, go ahead. The country is waiting for you.”

Along with the important leaders of the constituent parties of the Grand Alliance, CM Nitish Kumar will meet the Governor and submit a letter of support.

Meanwhile, the meeting of top BJP leaders is also going on at ‘5 Deshratna Marg’, the residence of Deputy Chief Minister Tarkishore Prasad. The BJP leadership is avoiding talking to the media.

Attacking the BJP, Nitish Kumar said that he always humiliated him. It is believed that before Nitish Kumar goes to Raj Bhavan, all the leaders of the Grand Alliance will gather in the CM residence.

India Today quoted sources as saying that Rashtriya Janata Dal leader Tejashwi Yadav may demand the Home Ministry amid speculations of an alliance with Janata Dal United. At the same time, it is also being said that Tej Pratap Yadav can also get a place in the new government.

Formula being worked out for govt formation in Bihar

Also, one formula includes Congress getting a deputy CM post.

Which party has how many seats in the assembly