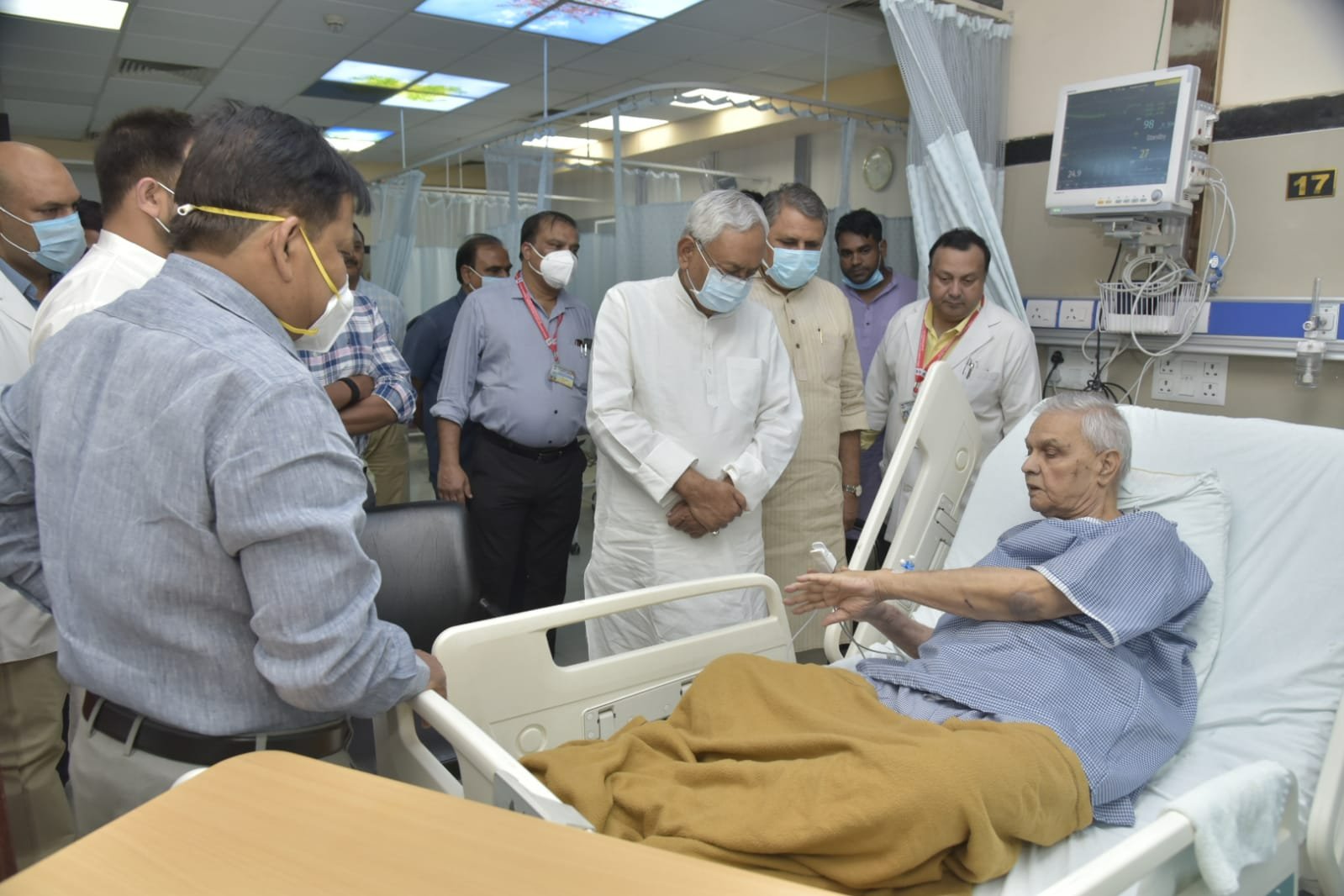 PATNA: Honorable Chief Minister Nitish Kumar arrived at IGIMS, Patna to take care of the Energy Minister Shri Bijendra Prasad Yadav. He inquired about his health from the doctors.

Bihar new Cabinet Minister and Energy Minister Vijendra Prasad Yadav was admitted to the hospital due to having trouble breathing.

After trouble of breathing he has been immediately admitted to IGIMS located in Patna. Who is battling for life and remains on advanced life support at the Indira Gandhi Institute of Medical Sciences. Where he has been admitted to the ICU.

According to the information, Chief Minister Nitish Kumar on Thursday visited IGIMS hospital to enquire about the health condition of Cabinet Minister.

IGIMS Medical Superintendent Dr Manish Mandal said that Energy Minister Vijendra Prasad Yadav is admitted in ICU of IGIMS. He has shortness of breath and he had reached IGMS to get it checked. A month ago, the Energy Minister was infected with Corona. For the last 4 days, he was complaining of cough and mild chest pain. Understanding the side effect of Corona, he had reached IGImus to conduct his investigation. It was found in the investigation that the heart on his left side was working less. His condition has improved after the treatment.

Vijendra Prasad is the oldest in Nitish cabinet

Let us inform that Vijendra Prasad Yadav, the oldest minister in the Nitish cabinet, is 77 years old. At present he is under the supervision of the doctor. According to the information, he was brought to IGIMS yesterday for investigation. However, then the doctors told him out of danger. After which he was allowed to go home.