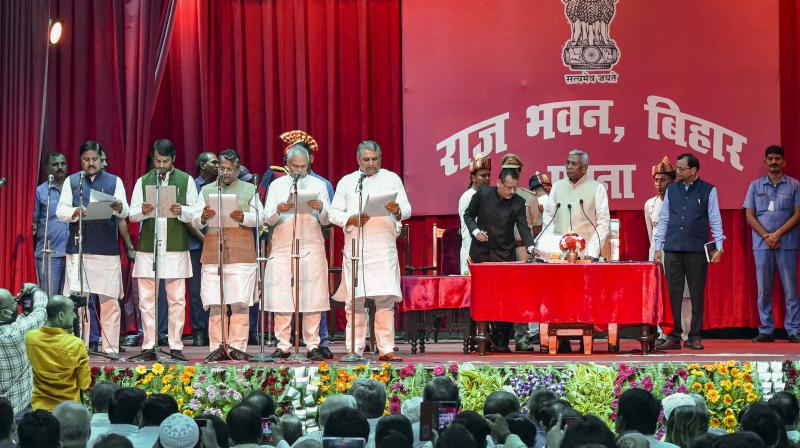 The Bihar cabinet has room for 36 ministers (based on the assembly strength of 243) and 31 were sworn in today. Of these, over half were from the RJD, with 11 from Nitish Kumar’s JDU, two from the Congress and one from the Hindustani Awam Morcha (Secular) of former chief minister Jitan Ram Manjhi. The 31st cabinet member is an independent lawmaker.

After the expansion of the cabinet, Chief Minister Nitish Kumar has called a cabinet meeting at 4.30 pm today. All the new ministers will be present in the meeting. The portfolios of all the ministers have also been distributed. Chief Minister Nitish Kumar has kept home department, deputy CM Tejashwi Yadav gets health department, Vijay Kumar Chaudhary gets finance department, RJD leader Tej Pratap Yadav to be the Minister of Enviroment, Forest and Climaate Change.

Check the list of minister who have taken oath so far: