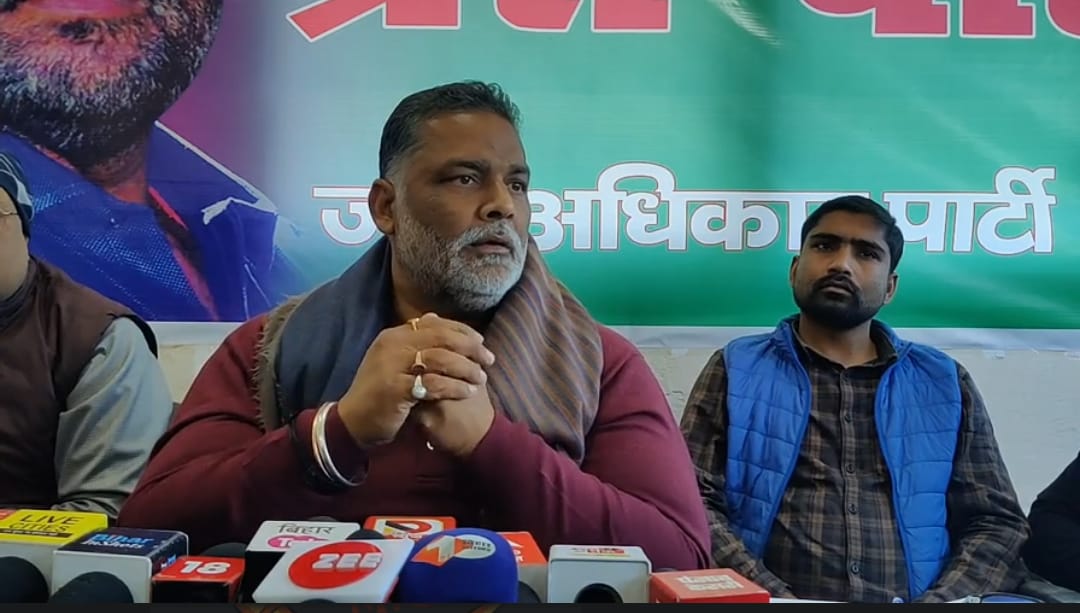 Patna: National President of Jan Adhikar Party (JAP) and former MP Pappu Yadav made a big disclosure on the uproar over land acquisition in Buxar district in a press conference on Monday. Accusing the administration regarding the construction of the six-lane road, he said that 70 to 75 percent of the money has been embezzled in land acquisition.

In 2017, the suicide case of Buxar DM Mukesh Pandey should be investigated by the CBI. Pappu Yadav claimed that DM Mukesh Pandey did not commit suicide, but was given the form of suicide by murder.

In a press conference, Pappu Yadav also made a serious allegation regarding the hydropower project. Said that despite the completion of 75 percent of the project, money was not given to most of the people. Only 35 percent people were paid. The leaders took money from L&T company. Ashwini Choubey’s wife and Munna Tiwari’s people worked by taking petty contracts. The committee has also played a game regarding the compensation. People squandered money in land acquisition. There should be a CBI inquiry in this matter.

Pappu Yadav said- “I have written a letter to the Prime Minister, Home Minister, Crime Branch, Government of India and the Chief Minister, demanding an inquiry. In this case, why two officers Mukesh Pandey and Nayyar committed suicide and the Review Committee investigated the embezzlement of money.”