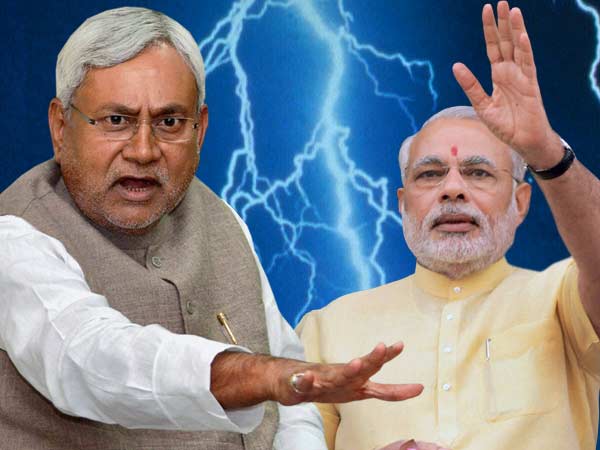 Patna: Bihar political turmoil is going on the spike, by skipping the Niti Aayog meeting chaired by Prime Minister Narendra Modi on Sunday, Chief Minister and Janata Dal (United) supremo Nitish Kumar has steered clear of invites by the BJP-led Union government for the fourth time now since July 17.

After the two day meeting held by BJP president J P Nadda in Patna earlier this week, Political crisis changing rapidly in Bihar. There are signs of end in JDU. While RCP Singh is in touch with many JDU MLAs and there is a possibility of repeating the Maharashtra formula in Bihar.

Bihar Chief Minister Nitish Kumar has called a meeting with all MLAs and MPs amid reports of a tussle with the Bharatiya Janata Party.

Meanwhile, there is shocking news reported that he has also dialed and spoken to Congress interim president Sonia Gandhi on Sunday. The special thing is that the leaders of Janata Dal United have already refused to join Prime Minister Narendra Modi’s cabinet.

On Sunday, a meeting of NITI Aayog was held in Delhi under the chairmanship of PM Modi, in which many big leaders including Rajasthan Chief Minister Ashok Gehlot, West Bengal CM Mamta Banerjee attended the meeting. The special thing is that Nitish Kumar was missing from the meeting. Whereas, there are reports that he had attended two programs organized in the state capital Patna.

Here, the angle of Congress is also coming to the fore in the political turmoil of the state. The News18 report quoted sources as saying that on Sunday, Kumar spoke to Sonia Gandhi. Apart from this, Bihar Congress has also asked its MLAs and MLCs to stay in Patna. Congress leader Ajit Sharma said, “In view of the current political situation, we have asked all the MLAs to reach Patna by evening.”

Big reshuffle can happen in Bihar

Amidst the intensified political turmoil in Bihar, possibilities of major reshuffle are also being expressed. At the same time, the paths of JDU and BJP are also likely to be different. On Saturday itself, the former Union minister had resigned from JD(U) amid allegations of corruption. There have been reports of differences between RCP Singh and Kumar in Bihar for some time now. According to the report, in the Union Cabinet expansion last year, Singh became a Union minister without Kumar’s consent.