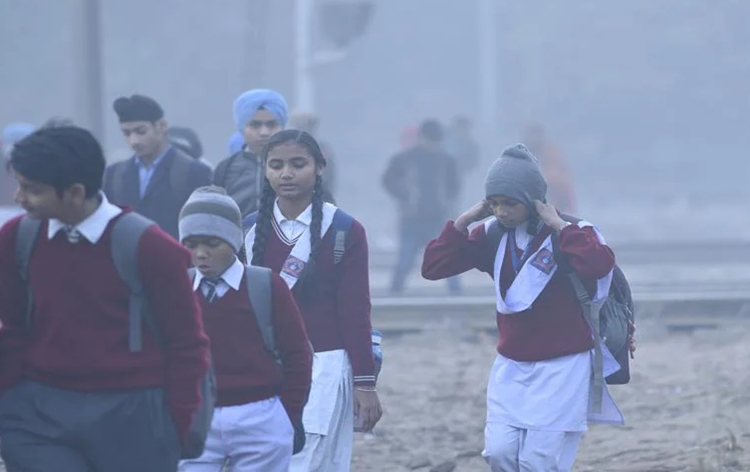 After Patna, orders issued to close schools in many other districts including Gaya, Buxar, Supaul, Muzaffarpur, Bettiah, Nalanda

As per the notice, it reads, “Whereas it has been made to appear to me due to the prevalent cold weather and low temperature prevailing particularly in the morning in the district, health and life of the children are at risk.” Hence the DM of Patna Dr. Chandra Shekhar Singh has issued an order under the section 144 of Code of Criminal Procedure, 1973 do hereby prohibit the academic activities of all the private and governmental schools of Patna District Up to Class VIII till Date – January 7.

This decision has been taken in the midst of increasing cold in Bihar. After the order, holiday has been issued in all the schools of Patna from Monday. For a few days, a huge drop in temperature is being recorded in Patna. The New Year has arrived with fog and melting winter. At the same time, the outbreak of cold wave is also going on.

According to the information, a copy of this has been sent to the Senior Superintendent of Police, all the sub-divisions as well as the police station chiefs. After Patna, orders have been issued to close schools in many other districts including Aab Gaya, Buxar, Supaul, Muzaffarpur, Bettiah, Nalanda. Schools up to class 8th have been instructed to be closed. Till January 7, government and private schools have been asked to keep the schools closed in view of the cold.