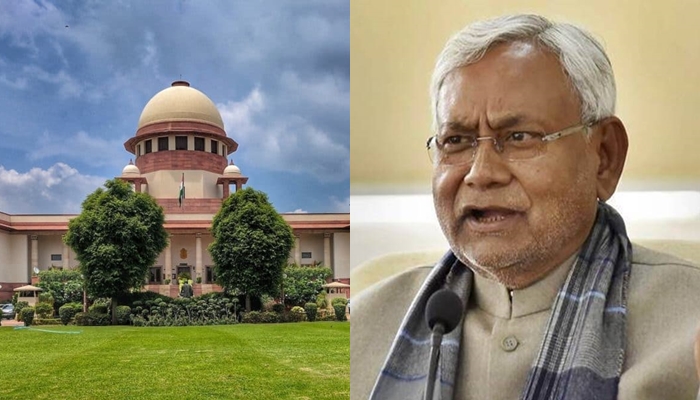 It has been said in the petition that only the central government can conduct the census because it comes under the jurisdiction of the center only. That’s why it is against the basic structure of the constitution.

Earlier, Chief Minister Nitish Kumar had said that the caste-based enumeration exercise could be beneficial for all.

This application was listed before the Chief Justice of India (CJI) DY Chandrachud, who has fixed Friday for hearing on it.

The petition claims that the Bihar government’s notification regarding caste enumeration is “discriminatory and unconstitutional”. Advocate Barun Kumar Sinha has filed this PIL demanding cancellation of the notification.

The Bihar government had approved the caste survey in the month of June last year.

Terming the caste-based census that began on Saturday as a ‘historic’ step, Deputy Chief Minister Tejashwi Yadav had also said the exercise will provide scientific data for carrying out welfare schemes for weaker sections of the society

12.7 crore population, 2.58 crore households will be covered in this survey which will be completed on May 31 this year.

Although, it has not been called caste census but caste related information will be collected in it.

The first phase will end on January 21. In this the number of houses will be counted. After that caste related information will be collected in the second phase.