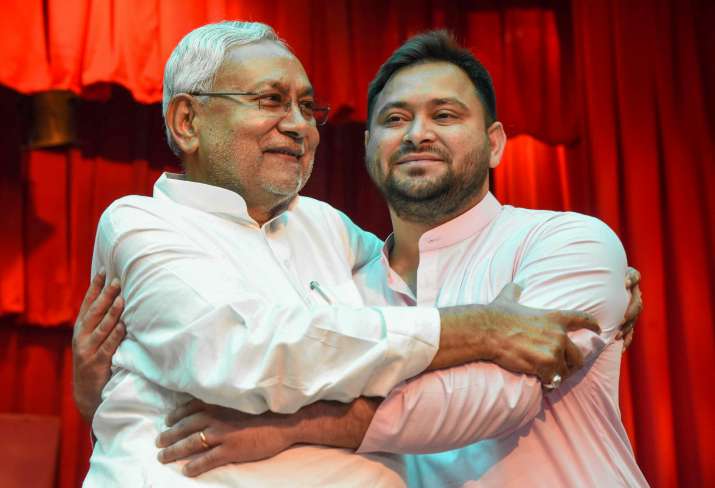 After the Bihar Political brewing going on for the last on week, witnessed one of the most turbulent power play between the BJP and JD(U) alliance government. Bihar’s Chief Minister broke off the ties with long-time ally BJP after the lingering stiff between them came to a head.

Meanwhile, Kumar on Friday took oath as the Chief Minister of Bihar for the 8th time with RJD’s Tejashwi Yadav as his deputy, a day after he resigned from the post leading to a dissolution of the cabinet with BJP leaders.

Five years after returning to the National Democratic Alliance (NDA) fold, Nitish Kumar took another U-turn on Tuesday and joined hands with RJD, Congress, and the Left once again. He submitted his resignation to Bihar Governor Phagu Chauhan and staked a claim to form the Mahagatbandhan government. The very next day, he was sworn in as the CM while Tejashwi Yadav was made his deputy.

On the other hand, the JDU has accused BJP of the foul play and trying to manufacture an ‘Eknath Shinde’ kind of situation in Bihar by turning their backs on the party and planning a government change.

While there is still no official word on the new JDU-RJD cabinet according to media reports, both CM and DY have worked on the outlines of their new arrangement.

As per the reports, there will be 18 ministers in the cabinet with 9 from JDU and 9 from RJD. Tejashwi Yadav has demanded the Home Ministry and elucidated that the Assembly speaker is elected from his party.