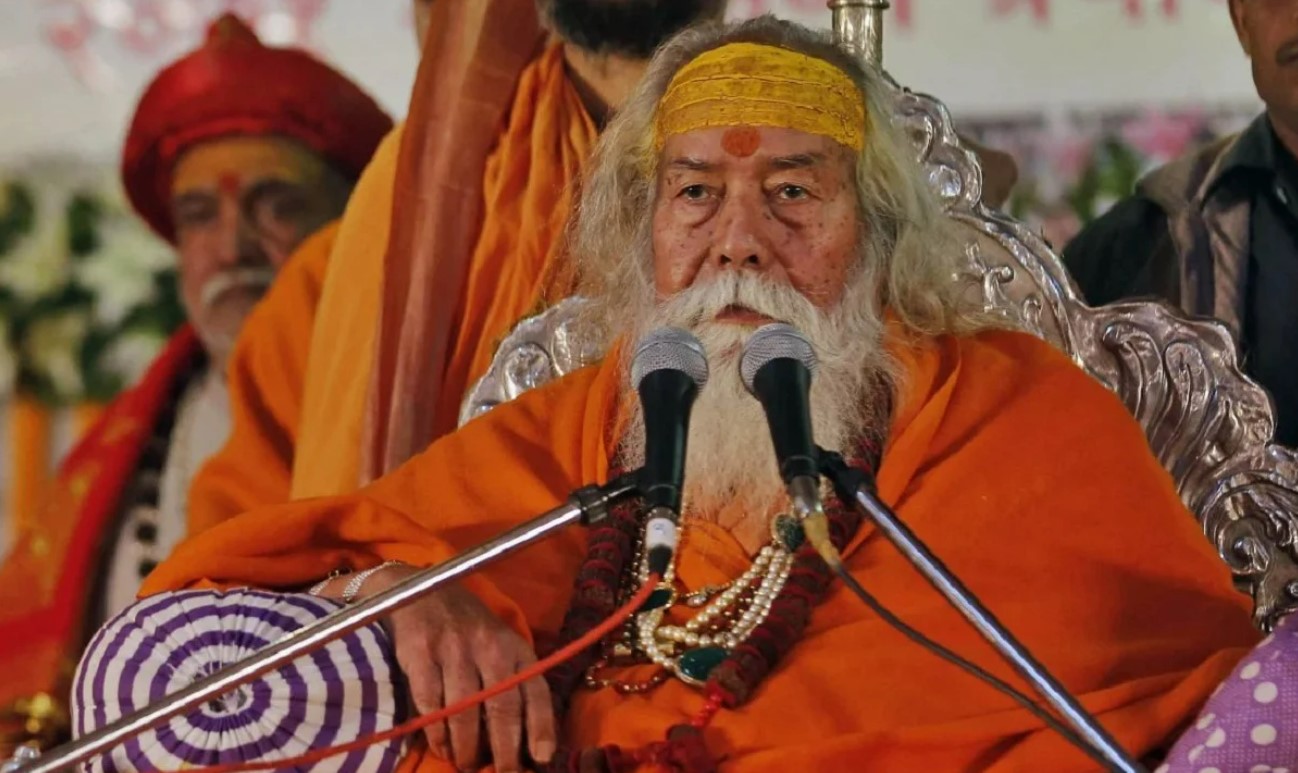 BHOPAL: Dwarkapeeth Shankaracharya Swaroopanand Saraswati has passed away at the age of 99. He died in Madhya Pradesh’s Nirsinghpur, Madhya.

According to the information, he breathed his last in his ashram around 3 pm on Sunday. A few days back, he celebrated his 99th birthday with pomp. He was born on 2 September 1924. He became the Shankaracharya of Dwarka Sharada Peetham in Gujarat and Jyotirmath in Badrinath in 1982.

Swami Swaroopanand Saraswati was known to be a vocal critic of the BJP-led government at Centre.

Shankaracharya Swaroopanand had also faced the British for the independence of the country. His childhood name was Pothiram. He had learned Dharma from Karpatri Maharaj in Kashi. He too had joined the movement during the Quit India Movement in 1942. He even had to go to jail twice. In 1989, he received the title of Shankaracharya. According to the information, he was running ill for a long time.

Shankaracharya  who fight for Ram Mandir

Swaroopanand Saraswati was the greatest religious leader of the Hindus. He also fought a long battle for Ram Mandir. After his death, people have started gathering in the ashram. It is being told that at the time he gave up his life. Only his disciples were present there.

In a series of tweets, Priyanka Gandhi condoled the demise of Swami Swaroopanand Saraswati Ji

She wrote, “Hearing the news of the death of Jagatguru Shankaracharya Swami Swaroopanand Saraswati Ji Maharaj, the mind was deeply saddened. Swamiji devoted his whole life to religion, spirituality and charity”.

After taking bath in the Ganges in Prayagraj in the year 2021, after getting his blessings, the country and religion, she added