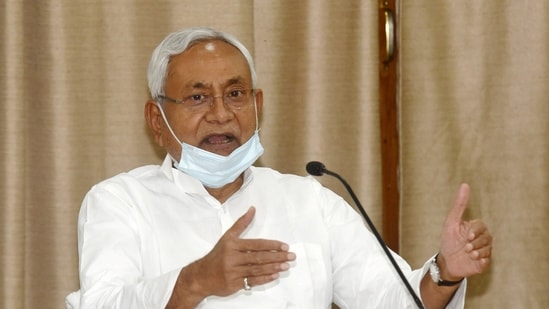 PATNA: Bihar Chief Minister Nitish Kumar has demanded more flights from Delhi to Darbhanga during the festival of Diwali and Chhath.

Bihar Minister Sanjay Kumar Jha said that Nitish Kumar had also put this matter in front of Union Civil Aviation Minister Jyotiraditya Scindia. He had recently met her in Delhi.

Talking to the media, Sanjay Jha said that Darbhanga airport has proved to be the most successful airport under the UDAN scheme, but for a flight from Bihar to Delhi, a person has to pay as much money as a person can go from Delhi to Dubai.

He said that this has happened because SpiceJet has a monopoly on the Delhi-Darbhanga route and it is not able to meet the increasing demand of passengers.

The distance from Patna to Darbhanga is about 150 kms. Darbhanga airport is running for the last many years.

The population of Bihar is about 14 crore whereas Bihar has only three airports, which include Patna and Gaya airports.