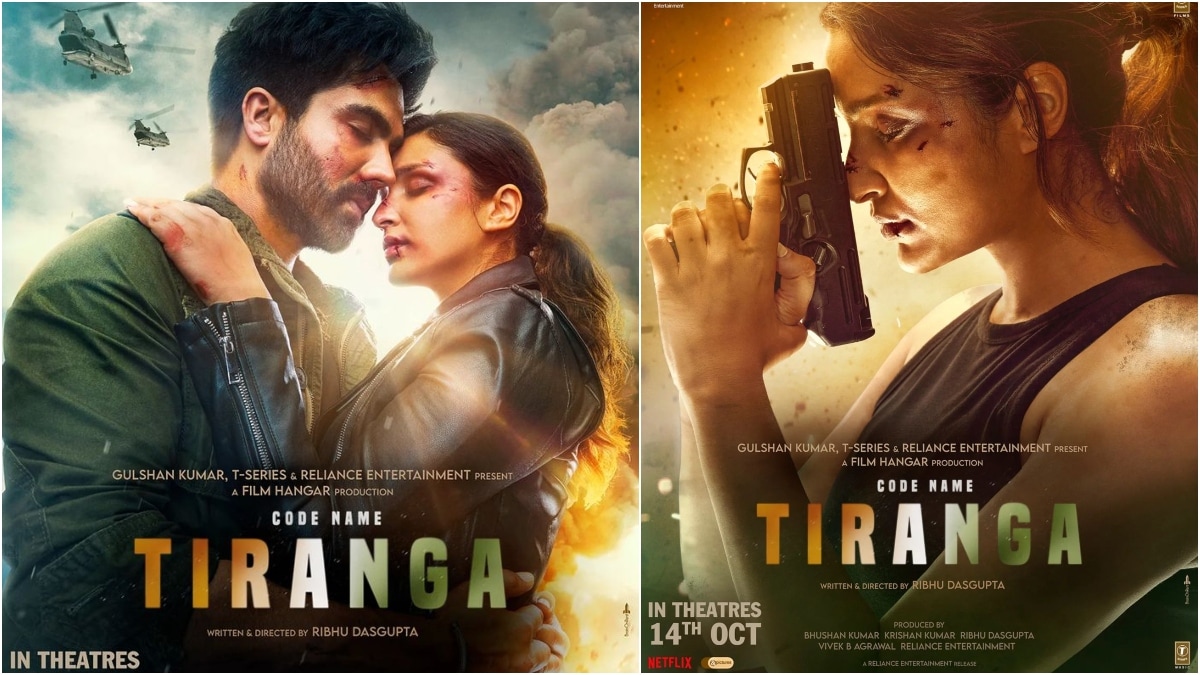 MUMBAI: Parineeti Chopra Tiranga: Bollywood actress Parineeti Chopra has announced her upcoming film ‘Code Name Tiranga’ on Monday. She is the finest actress in the film industry. After giving an engaging performance, sharing off her first look on Instagram with holding a gun in hand and injured condition, she has announced upcoming film with two posters of ‘Tiranga’. While in the second poster she looked with Hardy Sandhu. Hardy Sandhu will be seen in the lead role in the film.

On her Instagram handle, she wrote “NATION. LOVE. SACRIFICE”, in ‘Code Name Tiranga’.

“Excited to be collaborating my fav Punjabi Boii Harrdy Sandhu on this one!” she added.

Fans are elated for Parineeti’s new venture alongside Hardy Sandhu, as evident from the comments section. A netizen wrote, “you always making India proud 🇮🇳 and always writing history I am so proud of you”, another one commented, “I am waiting for this”, while others dropped hearts to the post.

Recently Parineeti Chopra talked about upcoming film. Chopra, who is gearing up for the release of her next film ‘Code Name Tiranga’, says she is back again to present herself in a new avatar that no one has seen her doing. The actress, who has been lauded for her performances in films like ‘Sandeep Aur Pinky Faraar’, ‘Saina’ and ‘The Girl on the Train’, said, “I am back again to present myself in a new avatar. And no one has seen me in such an avatar before! It is my endeavor to push my limits to bring something new to the audience like never before.’

What is the story ‘Code Name Tiranga’? Watch thriller

Meanwhile, ‘Tiranga’ is an action thriller, ‘Code Name: Tiranga’ is the story of a detective who is on a steadfast and fearless mission for his nation in the race against time where sacrifice is his only choice.

In this film, Parineeti will play the role of a RAW agent who is on a long journey across several countries. Hardy Sandhu will surprise the audience with his acting skills in the film. The film will be released in theaters on October 14. This will be the first time that Parineeti Chopra will share the screen with Hardy Sandhu.