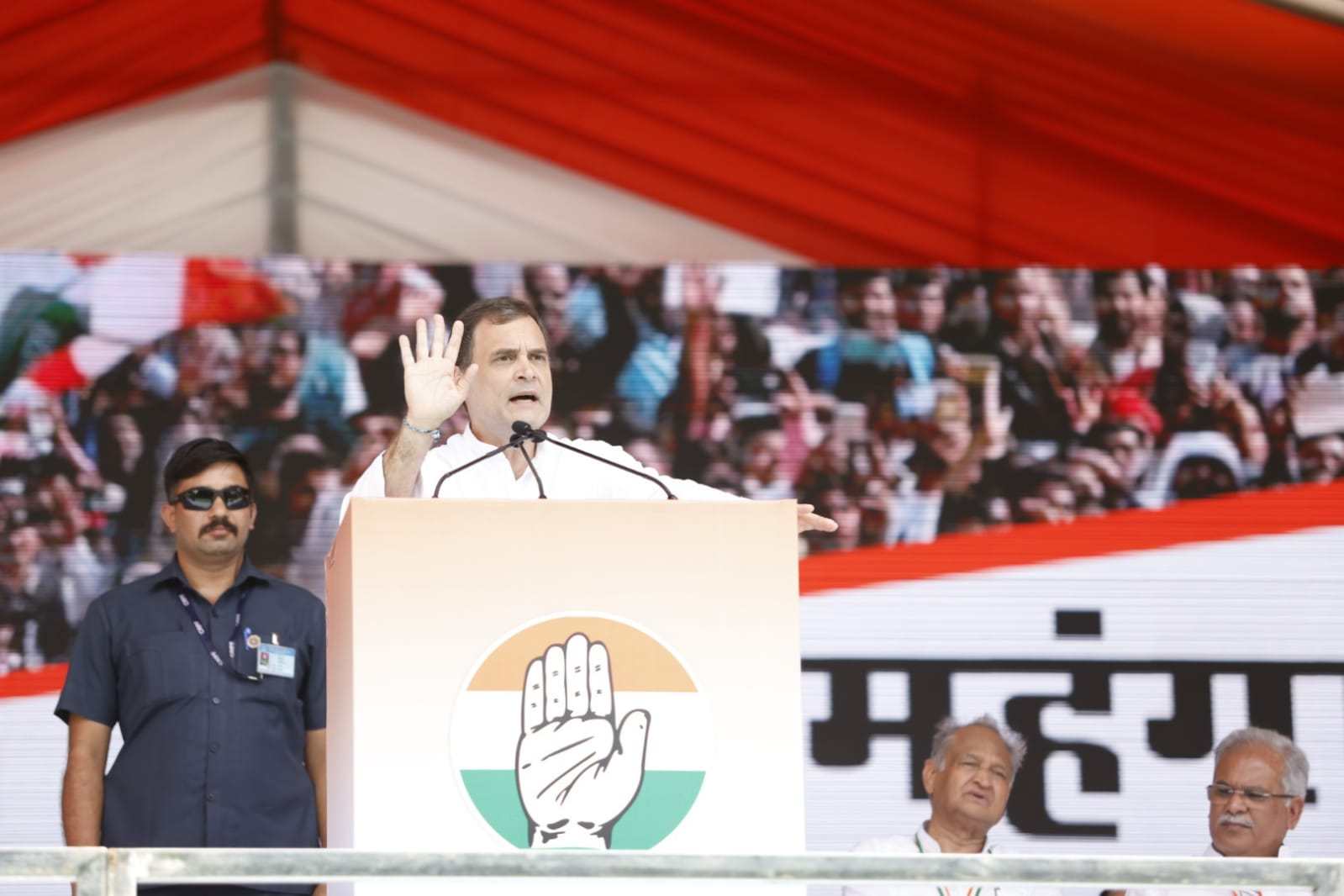 Rahul Gandhi twitted in Hindi and wrote, “The king is busy earning friends, and the people are suffering from inflation.

Modi cannot be PM without support from the media and two specific businessmen: Rahul Gandhi

NEW DELHI: Congress is holding ‘Halla Bol’ rally against rising inflation at Ramlila Maidan in Delhi on Sunday. Speaking at Ramlila Maidan amid protest, Congress leader Rahul Gandhi slammed Prime minister Narendra Modi over inflation and said that “The King is busy earning friends while people are suffering from inflation”.

However, In this rally, Chief Ministers from Congress-ruled states, in-charges from different states, big leaders and a large number of supporters have arrived.

According to the report, before the rally, Rahul Gandhi attacked Centre over inflation by twitting by tweeting and called the Prime Minister responsible for the problems of the people.

Rahul Gandhi twitted in Hindi and wrote, “The king is busy earning friends, and the people are suffering from inflation.

He alleged, “Today, people have to think ten times even before buying essential goods. Only the Prime Minister is responsible for these problems. We will keep adding voices against inflation, the king will have to listen.

The entire credit goes to the irresponsible BJP government for the difficulties that our country is going through today, said Rahul Gandhi.

But we will not shy away from our responsibilities, we will support the common people, we will raise their voice, he added.

Modi cannot be PM without support from the media and two specific businessmen: Rahul Gandhi

Rahul Gandhi, continuing his speech at Ramlila Maidan, said Modi cannot be the Prime Minister without support from the media or businessmen.

Watch Video: ‘I am not afraid of your ED’: Rahul Gandhi tells PM Modi at rally

India is raising its voice against the uncontrolled price rise in the country today, at Ramlila Maidan in Delhi Come join the #महंगाई_पर_हल्ला_बोल_रैली https://t.co/lVh32mZuHL

Rahul Gandhi said, he is not afraid of the Enforcement Directorate and their questioning.

“Narendra Modi’s ideology says that country should be divided and the profits from it should be shared among few businessmen.”

Congress has been raising the issue of inflation continuously for some time and is asking questions to the government about it.

According to the source, after today’s Halla Bol rally, Congress is going to start ‘Bharat Jodo Yatra’ from September 7 which will start from Kanyakumari and end in Kashmir after 150 days. A program has been made to cover a distance of 3570 km through this padyatra.