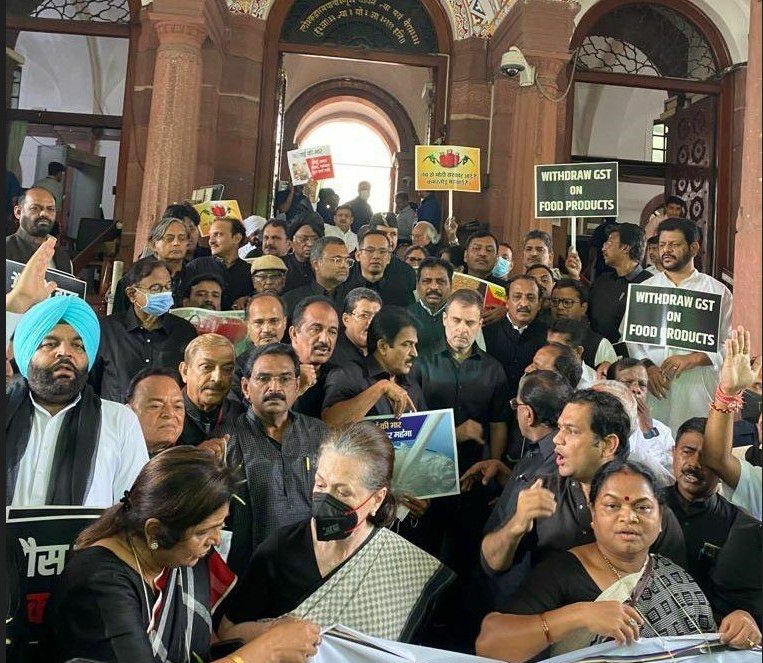 New Delhi: Congress has called a nationwide protest against inflation and unemployment on Friday.

Ahead of the nationwide protest organized by Congress workers in New Delhi, Police have imposed section 144 in entire Delhi area except for the Jantar Mantar.

The party has decided to stage a pan-India protest on Friday. There is also a plan to demonstrate the Prime Minister’s residence.

Visuals from Akbar Road where barricades put up & Police present as workers start arriving near the party office.

According to the press conference, The Party has planned a massive nationwide protest against price rise, unemployment, Lone and GST rate hike on essential items.

Last week, the party had said in a statement that its elected representatives will hold a “Chalo Rashtrapati Bhavan” march to mark their protest against “record-breaking” price rise in Delhi, adding that senior leaders will also take part in the “Prime Minister House Gherao” rally in Lok Kalyan Marg.

Rahul Gandhi attacks BJP during the protest, know what he said.

Assessing aa press conference ahead of the Congress party’s nationwide protest against unemployment and price rise. Rahul Gandhi said that “India was no longer a democracy, but a dictatorship run by four people. “India is witnessing the death of democracy”,  the Congress leader said. “What India has built brick by brick, starting almost a century ago, is being destroyed in front of your eyes. Anybody who stands against this idea of onset of dictatorship is viciously attacked, jailed, arrested and beaten up.”

Congress Working Committee members and other senior party leaders will participate in the Prime Minister’s residence gherao. Members of Lok Sabha and Rajya Sabha will march from Parliament House to Rashtrapati Bhavan.