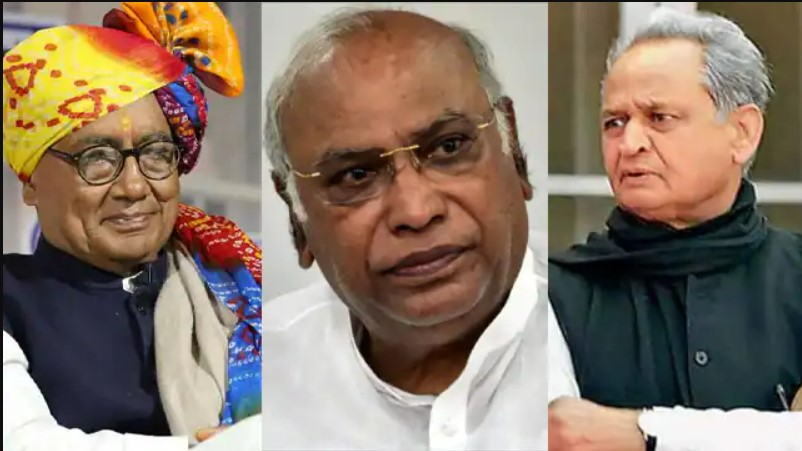 NEW DELHI: Senior Congress leader Digvijay Singh will not contest the election for the post of party president. He has withdrawn his name from the election candidature. Now senior Congress leader and Leader of Opposition in Rajya Sabha Mallikarjun Kharge will contest for the president polls. Digvijay Singh has said that he will become the proponent of Mallikarjun Kharge.

Congress leader Pramod Tiwari said that contraray to certain reports, there is no direction being given to Digvijay Singh to back out of the race.

Kharge entered the race on Thursday after Rajasthan CM Ashok Gehlot announced his decision to not contest amid the political turmoil in the state.

I have worked for Congress all my life till now, will continue doing so. I don’t compromise on 3 things – standing for the Dalit, tribals & poor, fighting against those who disturb communal harmony & my commitment to Congress & Nehru-Gandhi family: Congress leader Digvijaya Singh pic.twitter.com/kA8IlyW5ju

Talking to the media, Singh said, “I have worked for the Congress all my life and will continue to do so. I will never compromise on three things – for the rights of Dalits, Adivasis and the poor. Woman thirdly my commitment to communal forces will always be with Congress and Nehru Gandhi family so yesterday I went to Kharge sahib’s house and I asked him if you fill the form then I will not fill it, he said that is not my intention.

“When I came to know about the discussion of his name from the media, I went to meet him today and said that if you are filling the form then you are a senior leader. I cannot even think of contesting against you. So I said I’ll be your mover”