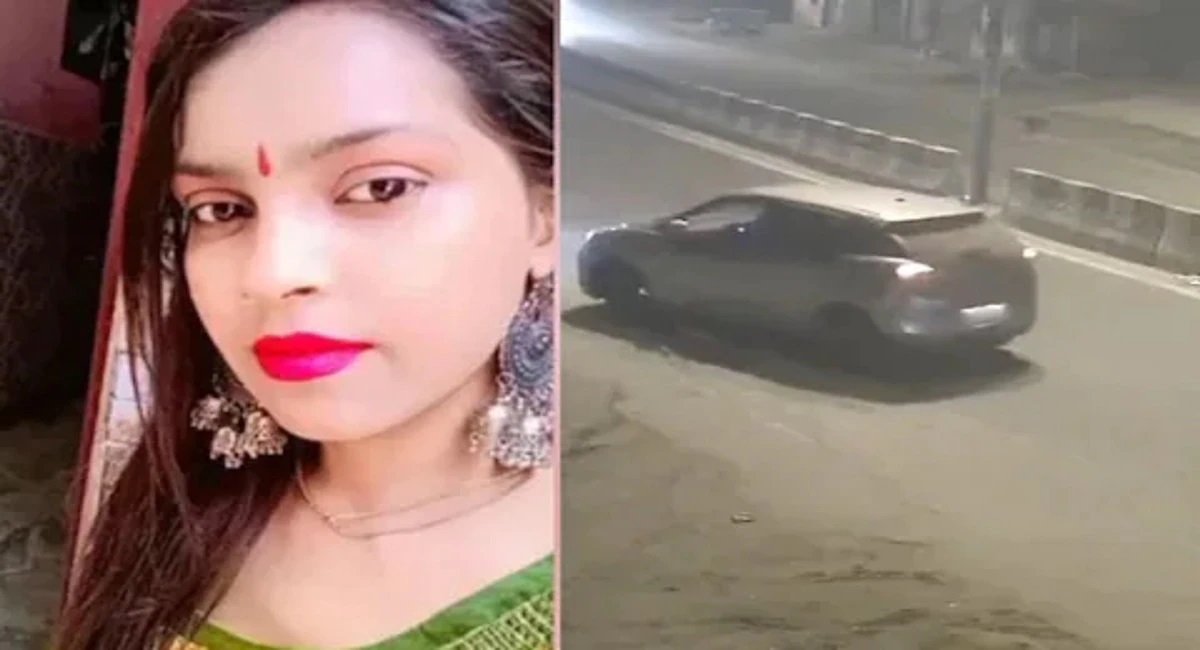 NEW DELHI: The 20-year-old girl was dragged under the accused’s vehicle for more than an hour, according to a new, high-quality security camera video that supports the eyewitness story that she was killed on Sunday early in the morning after her scooter was allegedly hit by a car.

Family members and supporters protested outside the Sultanpuri Police station on Monday following the tragic.

Mother of the deceased claims foul play. She said “I had a conversation with her at around 9pm, she said she’ll return by 3-4am. She used to work as an event planner for weddings. In the morning, I got a call from the police and was informed about the accident. I was taken to police station and was made to wait,” the deceased’s mother said to ANI.

#WATCH | AAP workers gather outside the residence of Delhi LG Vinai Saxena regarding the death of a woman who died after she was dragged for a few kilometres by a car that hit her in Sultanpuri area on January 1. pic.twitter.com/HaDSK8b3ld

What is the matter, what did the Delhi Police say

Delhi Police has told that the body of the girl who was killed in a car accident on Sunday (January 1) kept dragging along with the car for about 10-12 kms.

Earlier, the police had informed that after the accident, the girl’s body got stuck in the car and she kept dragging along with the car for ‘a few kilometres’. Because of this, the back part of his head and the back part of the body were badly bruised.

However, the police is still considering the incident as an accident. Delhi Police’s Special CP Hooda said, “A medical board has been formed in this matter and some more sections can be added after the post-mortem report comes.”

He told that five accused have been arrested in this case. The police will take them to the crime scene. Timeline will be made on the basis of CCTV footage. What the accused have told will be confirmed.

Information about the victim was collected through scooty.

He also told that several teams have been formed to investigate the matter and the police is also in touch with the relatives of the victim.