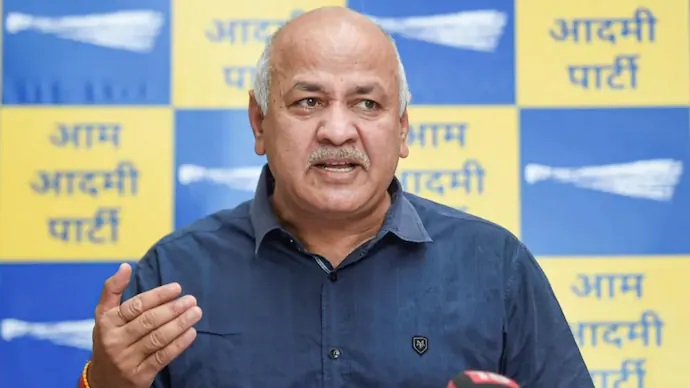 NEW DELHI: Delhi Deputy Chief Minister Manish Sisodia hit out at the Centre after the Aam Aadmi Party (AAP) was issued a notice for recovery of Rs 163.62 crore for its political advertisements allegedly published in the garb of government advertisements.

Sisodia has said on Thursday that the Bharatiya Janata Party wants to have ‘unconstitutional’ control over the Delhi government through government officials.

Manish Sisodia said, “Look at the illegitimate use of unconstitutional control over officers in Delhi – BJP has served notices from Delhi Government’s Information Department Secretary Alice Vaz (IAS) that since 2017, the expenses of advertisements given in states outside Delhi have been spent by Chief Minister Arvind Kejriwal Will be recovered from G.”

He said, “Advertisements of the Chief Ministers of all BJP states are published in the newspapers of Delhi, government hoardings with photos of their Chief Ministers have been put up all over Delhi. Will their expenses be recovered from the BJP Chief Ministers? BJP wants to keep it?”

Manish Sisodia’s allegation came after a notice issued to the Aam Aadmi Party by the Directorate of Information and Publicity, Delhi Government, in which the party was paid Rs 163.62 crore for political advertisements allegedly given in the name of government advertisements. have been asked to do.

In a series of tweets earlier, Sisodia said, “In Delhi’s newspapers, the advertisements of several BJP CMs of other states are published and hoardings of their CMs are all over Delhi. Will costs of those be recovered from BJP CMs? “Is it for this reason that BJP wants to keep unconstitutional control over Delhi officers?”

Prior to this notice from the Directorate of Information and Publicity, Delhi’s Lieutenant Governor VK Saxena had directed the Chief Secretary to recover Rs 97 crore for the alleged political advertisements given by the Aam Aadmi Party in the guise of government advertisements.

According to the report of news agency PTI, the Directorate of Information and Publicity has also added interest amount on this amount in its notice and has asked the Aam Aadmi Party to pay it within 10 days.