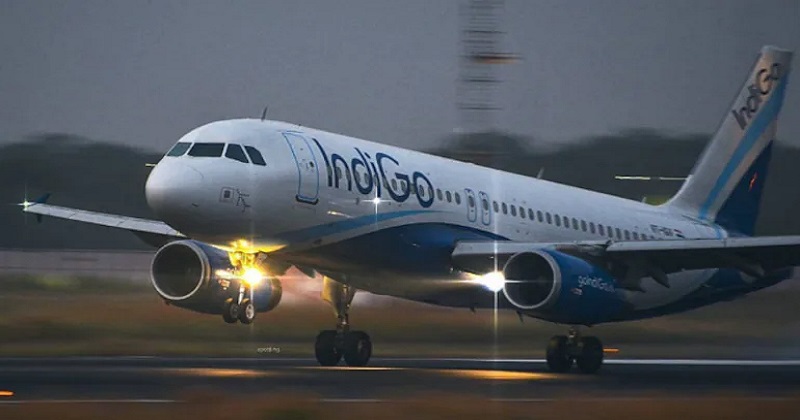 According to an official press release, Indigo 180 seater flight 6E 6191 took off from Delhi and reached Deoghar in the evening. Rajeev Pratap Rudy, MP from Saran Lok Sabha constituency of Bihar and Captain Ashutosh Shekhar were the pilots of the aircraft. With this new flight launch, total number of departures from Deoghar will be 11 daily departure flights.  At the same time, at 4:22 pm, Indigo’s aircraft has taken the first flight from Deoghar to Delhi.

According to the information, the Indigo flight from Delhi reached Deoghar airport on the afternoon of July 30. The MPs who reached Deoghar on Saturday were given a grand welcome by the residents of Deoghar.

Earlier, On 12th July, Hon’ble Prime Minister Shri Narendra Modi announced that Deoghar will connected with Delhi and today it is coming true. Flight is being captained by Shri Rajiv Pratap Rudy.”

On the occasion,  Scindia said, “Baba Baidya Nath Dham in Deoghar is an international religious heritage, and it gives me immense pleasure to state that my ministry has helped millions of pilgrims to visit Deoghar. Along with country’s hard economic power, we need to dovetail country’s soft power too. That’s the reason why major aviation infrastructure is created at places such as Ayodhya International Airport, Kushinagar International Airport and now Deoghar Airport. I would also like to congratulate Indigo for connecting smaller cities in the country and the day is not far when Civil Aviation will become the primary source of traveling in India.

The minister further said “We constructed Deoghar Airport which is spread at 655 acres and constructed at a cost of INR 400 crore, making it the second airport in Jharkhand after Ranchi. We are also working on 3 more airports in Jharkhand – Bokaro, Jamshedpur and Dumka taking the total number of airports in Jharkhand to 5. We have announced 14 new routes connecting Jharkhand out of which 2 routes – Deoghar – Kolkata and Delhi – Deoghar have been started and in the coming days, we will connect Deoghar with Ranchi and Patna. Along with this, we will connect Dumka with Ranchi and Kolkata. Bokaro airport once completed will be connected with Patna and Kolkata.”

“425 routes and 68 airports, heliports, water drome have been operationalized under the UDAN scheme and more than 1 crore people, mostly first-time flyers, have benefitted from it. Over 1 lakh 90 thousand flights have flown under this scheme. Ministry of Civil Aviation has constructed 66 airports in the last 8 years which stood at 74 airports in the year 2014. We are planning to construct 220 new airports which includes Water Dromes and Heliports in the next 5 years.” further added.

Dr V.K Singh (Retd) said “Construction of an airport in Deoghar was a long demand which was inaugurated on 12th July this year by our Hon’ble Prime Minister Shri Narendra Modi. Deoghar was connected to Kolkata only but now it will connect with Delhi directly. This will help facilitate seamless movement of pilgrims coming to Baba Baidya Nath Dham which will increase tourism in Jharkhand, and I hope that other airlines will adopt the same route for more flight to Deoghar.”