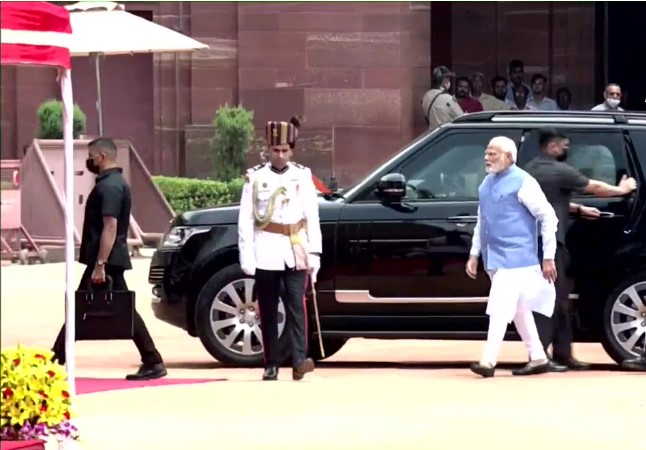 Draupadi Murmu was administered the oath by Chief Justice of the India, NV Ramana.

On the occasion, Prime Minister Narendra Modi arrived at the Rashtrapati Bhavan in New Delhi where Murmu take oath as the new President of India.

Along with Vice President M Venkaiah Naidu, Lok Sabha Speaker Om Birla, and other dignitaries were present on the occasion.

As per the report, swearing-in ceremony was held in the Central Hall of Parliament in New Delhi.

However, the oath taking ceremony was followed by a 21-gun salute, after which Murmu addressed the gathering at the Central Hall as the 15th President of India.