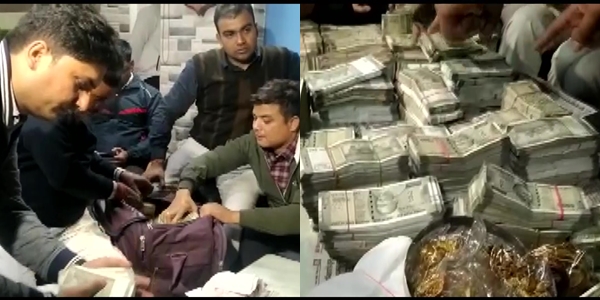 PATNA: The Vigilance bureau team has seized more than Rs 1 crore cash from the residence of Sanjit Kumar, executive engineer of the building construction department in Patna Central Division. The engineer has been arrested for allegedly accepting Rs 2 lakh in bribe, according to the report.

At the same time, there is information about getting immovable property worth 2.5 crores and jewelry worth 30 lakhs. The monitoring team could not find the money counting machine till late Friday night, although the team members kept trying to count the money. After getting the machine on Saturday morning, the correct counting of rupees will be done. Till late night, the monitoring team kept contacting banks for money counting machines. Two big bags full of rupees have been found from the residence of the arrested executive engineer, in which two thousand and five hundred notes were stuffed.

However, the cash collected mainly consisted of five hundred and two thousand rupee notes. During the raid, papers, bank passbooks and property documents were also recovered from Sanjit Kumar.

It needs to be noted that the residence of Sanjit Kumar in Patna’s Gardanibagh was raided after he was caught red-handed while receiving a bribe.

A video of the raid and the subsequent council of the currency by the officers is doing rounds on the internet.