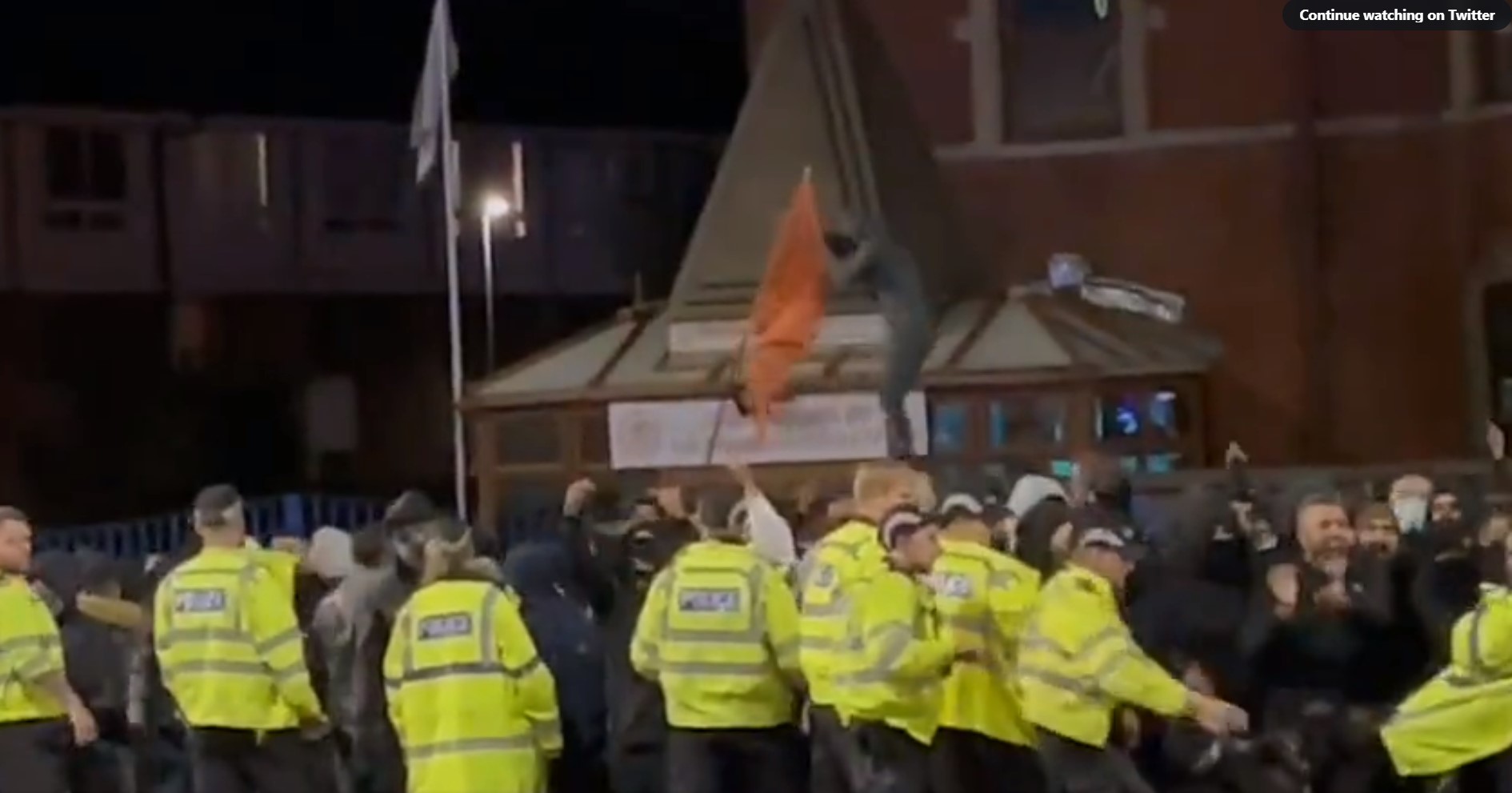 The riots were triggered on August 28 after India won the Asia Cup T20 against Pakistan.

Leicester (England): Leicester Hindu-Muslim violence, At least 47 people were arrested and one send to jail so far after a clash broke out among groups of young men on Tuesday, according to the Leicestershire Police statement.

With the sloganeering and violence in Leicester city of England last Saturday, the arrested were made after videos went viral of mobs vandalizing a Hindu temple in the area.

According to the report, 20-year-old Amos Noronha has been sentenced to 10 months in court proceedings for taking part in these demonstrations and spreading chaos. He is the first person to be punished for the tension spreading in the city. Noronha admitted to possessing an offensive weapon.

Bernie Chowdhary, who brings out the Eastern Eye newspaper in the city, says that this tension between Hindus and Muslims started after the cricket match in Dubai last month, said BBC.

Meanwhile, Leicester Mayor Peter Solsby has said that there is a lot of propaganda going on the Internet, which is increasing tension in the city.

Suleiman Nagdi of the Federation of Muslim Organizations, based in Leicester, told the media, “What we saw on the streets here is worrying. There was already tension in the community here after the India-Pakistan match. And sometimes things get worse.”

“We should work peacefully, this kind of tension should end. There are some youths who are very angry because of this they are causing havoc. We want to give this message to all that all this should end. Trying to talk to their elders in the house, to make them understand.

Sanjeev Patel, who is associated with Hindu and Jain temples in Leicester, says that he is shocked by the incident on Saturday night.

He says, “We have lived peacefully in this city for decades, but over the past few weeks it is clear that there are many things that need to be discussed to understand what people are angry about.”

“It is not right to take the path of violence under any circumstances. We are afraid of what happened in the last few days and especially on Saturday. The leaders of Hindu and Jain community and Muslim community are saying time and again that we should work in peace Have to take.”

Earlier on Saturday, Leicester police said in a statement that a serious cognisence has been taken in the matter. “We are aware of a video circulating showing a man pulling down a flag outside a religious building on Melton Road. This appears to have taken place while officers were dealing with nearby public disorder. We do not tolerate violence or disorder and are investigating the incident.”

What appears to be a Hindu temple being targeted in Leicester as running street battles continue into the early hours.#Leicester pic.twitter.com/C2EfQXJNfz

The police while calling for calm told everyone to return home and asked to share the information that has been checked and is true.

On Monday High Commission of India, London condemns the violence in Lecester

“We strongly condemn the violence perpetrated against the Indian Community in Leicester and canalization of premises and symbols of Hindu religion. We have strongly taken up this matter with the UK authorities and have sought immediate action against those involved protection to the affected people”, said High Commission of India London.