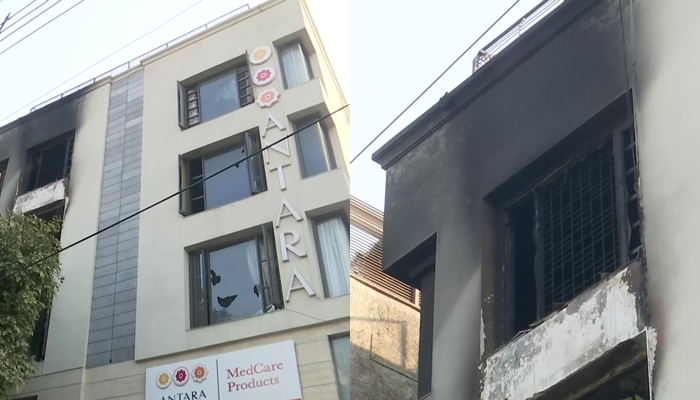 NEW DELHI: Two senior citizens were killed after a fire broke out at an old age home in South Delhi’s Greater Kailash area on Sunday.

According to the fire department, the fire broke out on the third floor of Antara hospital and old age home in Greater Kailash-2, after which five fire engines reached the spot.

Two women, aged 82 and 92, died of burn while 13 people have been rescued in this incident.

According to the news agency ANI, DCP Chandan Sharma of South Delhi told that whether this old age home had received No Objection Certificate or not, it is being investigated and the reason for the fire is not yet known.

We are checking the validity (NOC of care home). The cause of the fire is being ascertained: Chandan Chowdhary, Deputy Commissioner of Police, South pic.twitter.com/zLyG6uMbcS