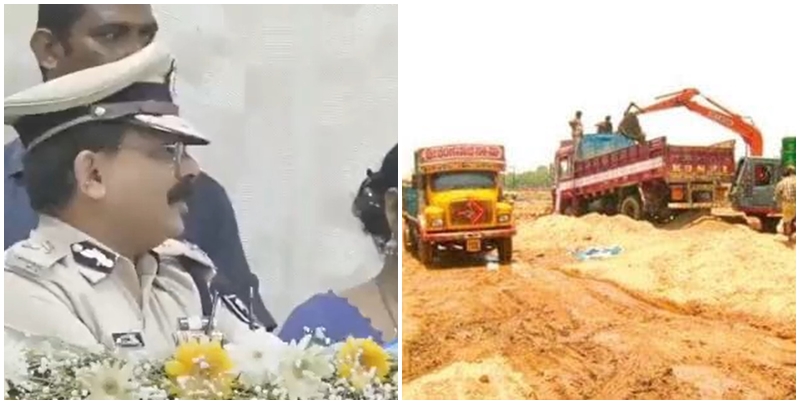 PATNA: Bihar BJP has raised questions on the Nitish government on the gang war between the sand mafia in Patna’s Bihta. Earlier on Thursday, five people were killed and several others injured in a shoot-out between two rivals gangs involved in illegal sand mining.

BJP spokesperson Nikhil Anand said that the firing continued for 24 hours under the nose of the Nitish government, but the police did not even know.

Bihar DGP was busy explaining the business model to the investors. At the same time, firing was going on in the gang war at a distance of 10 km from the police headquarters, he added.

BJP leader Nikhil Anand on Friday shared a video of the investors’ meet held a day earlier on Twitter. He wrote in Hindi, ‘This is the video when the DGP is shamelessly explaining the business model to the investors-businessmen in the presence of CM-Deputy CM in the investors meet. The firing was going on for 24 hours in the Maner-Bihta area of ​​Patna, just 10 kms from the Bihar Police Headquarters, under the nose of the government.

The gang war continued for several hours and thousands of rounds were fired. At present the police is investigating the matter. There is news of the death of most wanted Shatrughan Rai, Harendra Rai, Laldev Rai, Vimlesh Singh and others in this gang war. Police are searching for their bodies.

However, in the bloody battle between the sand mafia on Thursday in Diara area of ​​Bihta, five people have been reported dead. The police have not even found their bodies yet. When the police team reached the spot after receiving information about the firing, hundreds of kiosks were found there and blood stains were found at various places.

According to police, more than 500 empty cartridges were recovered from the shoot-out site at Amnabad-Katesar village, which falls under Bihta police station limits, and the bodies were either thrown in the river or dumped in sand.

Shivendra Kumar Singh, a sub-inspector (SI) with Bihta police station, said, “The four who died in the firing have been identified as Satrughan Rai, Laldeo Rai, Mukesh Singh and Nagendra Singh.”