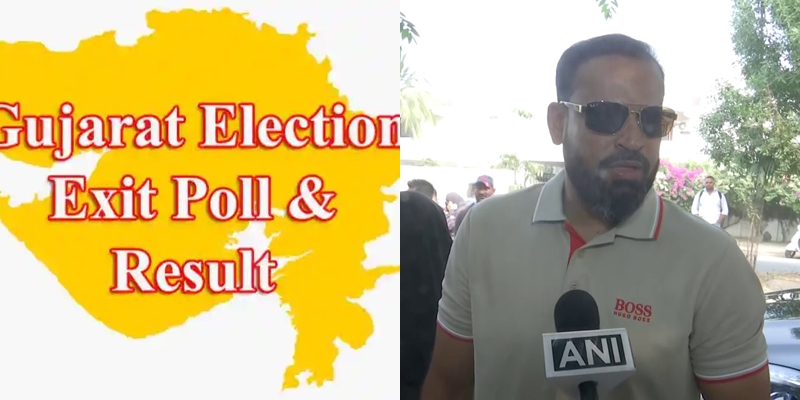 GANDHINAGAR: The second and final phase of voting for the Gujarat Assembly elections began at 8 am on Monday in 93 constituencies across 14 districts in the central and north regions of the state. A voter turnout of 50.51% was recorded till 3 pm, the Election Commission said. Among political bigwigs who voted early on Monday morning were Prime Minister Narendra Modi, Gujarat Chief Minister Bhupendra Patel and Union Home Minister Amit Shah. The prime minister cast his vote at a polling station set up at a high school in Ranip locality in Ahmedabad city.

50.51% voter turnout recorded till 3pm in the second and the last phase of the Gujarat Assembly elections: Election Commission of India pic.twitter.com/Q0qjoNQael

Former Indian cricketers Yusuf Pathan and Irfan Pathan along with their family members cast their votes at a polling booth in Vadodara for the second phase of Assembly elections in Gujarat.

Yusuf Pathan appealed to people to come out and vote while his brother Irfan highlighted how voting was the right and responsibility of all.

“I came to know that till now only 60% polling has been done, so I appeal to people to come and increase it. I am hopeful that in the coming time our country can become a superpower as we have youth and potential,” said Irfan while addressing the media with Yusuf.

"I appeal to people to come out and vote," says former Indian Cricketer Yusuf Pathan pic.twitter.com/jf4uhySB9P