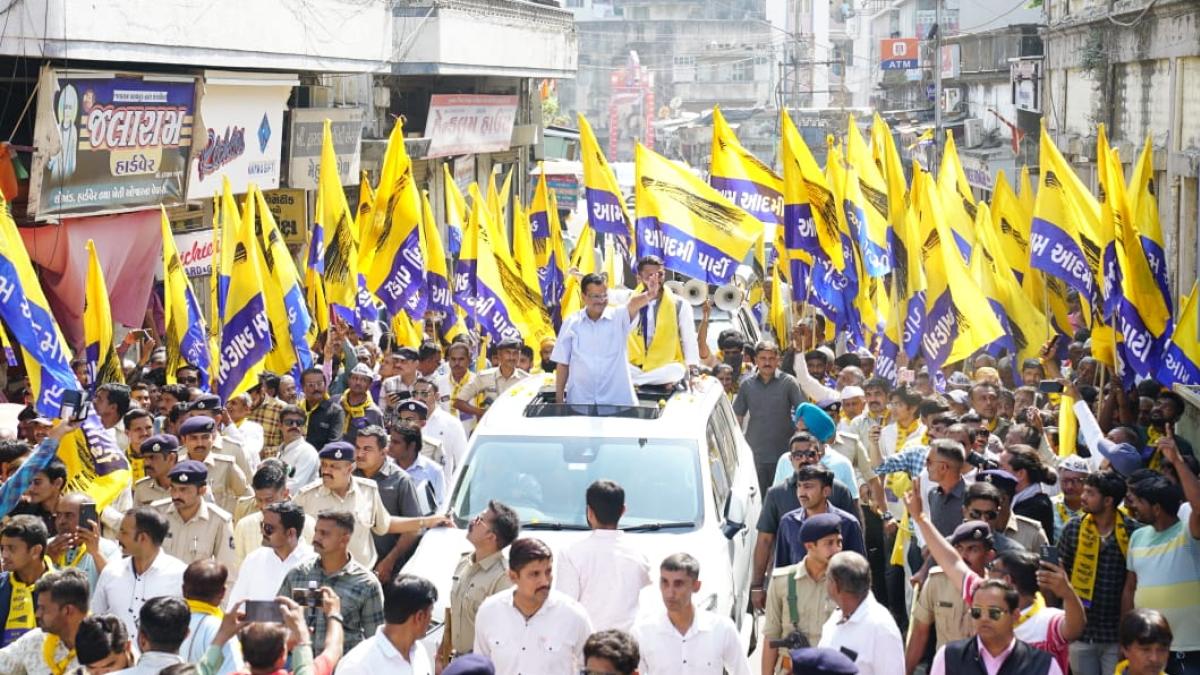 SURAT (Gujarat): Amid the Aam Aadmi Party’s campaign for Gujarat Assembly election, Delhi Chief Minister Arvind Kejriwal has claimed that stones were pelted during his roadshow in Surat, Gujarat. However, the police have rejected this claim.

According to the news agency, during Arvind Kejriwal’s roadshow on Monday, a scuffle broke out between the supporters of Aam Aadmi Party and BJP. The chief minister, who is also AAP’s convenor, claimed that his convey was attacked and stones were pelted at him during the event.

Meanwhile, DCP (Zone-3) Pinakin Parmar told media that Kejriwal was provided Z-plus security within a radius of four kilometers of the roadshow.

The incident happened in Katargm locality this evening, as per the report, were BJP workers and leaders heard chanting ‘Modi, Modi’, apparently interrupted Kejriwal’s convoy at the roadshow.

Kejriwal said, “The rally passed off peacefully. There was no stone-pelting. There were sporadic clashes between party workers but the situation was brought under control by the police.”

He rvind Kejriwal said, “When we were moving forward, their (BJP) supporters threw a stone at us. I was thinking that if they had done any work in the last 27 years, they would not have needed to throw stones today. I would like to tell people that only Kejriwal can waive off their electricity bills, give education to children and give flowers instead of stones.”

Kejriwal said that he has not come here to commit hooliganism but to create a good society.
“Aam Aadmi Party is a party of noble, patriots and honest people. I am an educated man and will build a school for you. If you want to abuse others, go with them”, he added.

Elections are to be held on 1 and 5 December for 182 assembly seats in Gujarat. The counting of votes will take place on December 8.