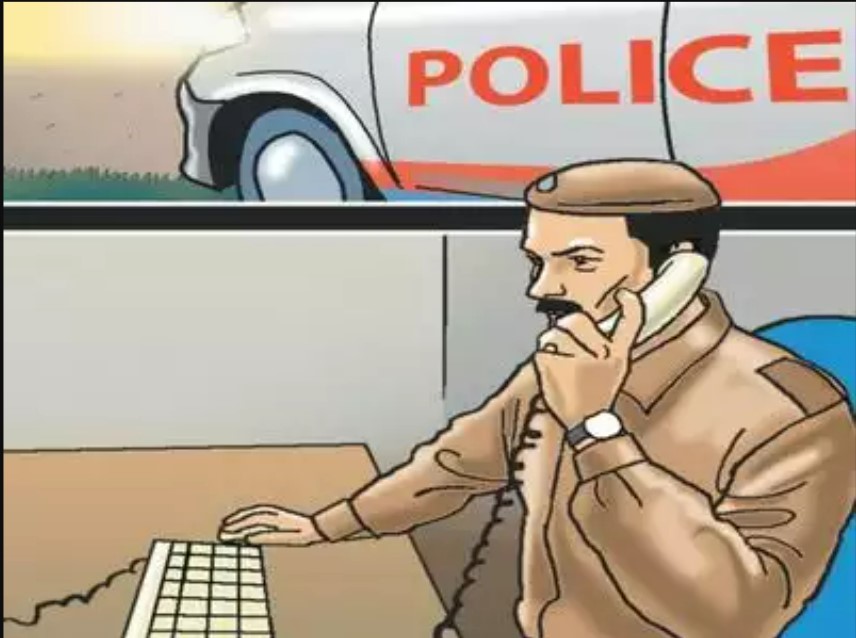 Hajipur. In a shocking incident that shows the growing boldness of the illegal sand mafia in Bihar. Once again the policemen have become the target of sand mafia. Whereas a dumper driver not only attacked the policemen, while also threw a policeman out of moving moving vehicle.

While mafia tried to mows down Sadar SDPO with lorry. Due to unsuccessfully attempts, Sadar SDPO Raghav Dayal was saved.

Although later the police raided and arrested two accused, while a sand tractor was also seized by the police.

On the statement of the policeman who was thrown from the moving vehicle, a case has been registered against unknown sand mafia in the city police station.

According to the report, it was told that the police had received tip-off information that several tractor loaded with illegal sand who parked near Anjanpeer Chowk of Nagar police station area, which is to be sold.

On the basis of the information, the city police station along with Sadar SDPO Raghav Dayal had reached the spot to raid, where on the spot before arriving police, many vehicles fled. At the same time, two sand-laden tractors were caught by the police.

ASI Pramod Singh of Nagar police station sat on a tractor and asked the driver to take the tractor to Nagar police station, after which ASI Pramod Singh was thrown from the moving tractor on the road by the tractor driver and his associates. After this, the policemen started trying to catch the said tractor running away. During this, an attempt was made to trample the policemen by tractor.

SDPO Raghav Dayal narrowly survived in this attack. It was told that Raghav Dayal was targeted two-three times by pushing the tractor back and forth, but he somehow escaped by being smothered. He escaped from the spot with his tractor, which was later chased by the police and caught from Naka number 3 of the city police station area, about 2 km away.