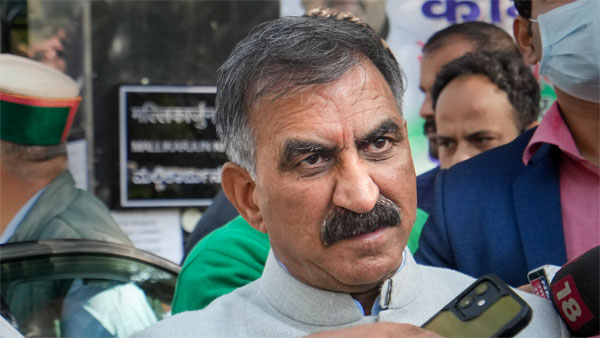 SHIMLA: Himachal Pradesh Chief Minister Sukhwinder Singh Sukhu has been tested positive for coronavirus infected. The report of CM Sukhu has come on Sunday evening, in which he has been found to be Corona positive, a spokesperson of the state government said on Monday.

He said the chief minister was scheduled to call on Prime Minister Narendra Modi in New Delhi on Monday, but the meeting has now been postponed.

CM Sukhu is in Delhi and he was to return to Shimla on Monday but now he will remain quarantined at Himachal Sadan for three days. It is believed that this may delay the cabinet expansion of Himachal Pradesh.

According to the news agency PTI, the CM’s spokesperson said, “He was found positive during the routine tests required before meeting the Prime Minister.”