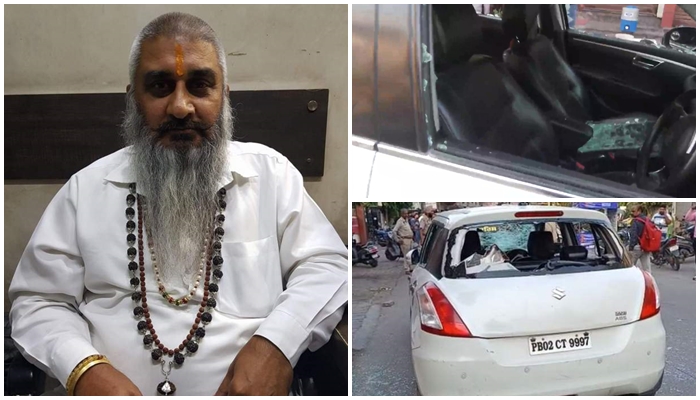 AMRITSAR: Hindutva Shiv Sena leader Sudhir Suri has been shot dead outside Gopal Mandir in Punjab’s Amritsar. The incident took place on Majitha Road outside a temple during the protest holding by several leaders.

He was immediately rushed to the hospital after being shot, where doctors declared him brought dead.

Sudhir Suri was staging a sit-in outside Gopal Mandir with his colleagues, when he got into a dispute with someone. After this he was shot and killed.

"Shiv Sena leader Sudhir Shri has been shot. We have reached the spot and are still verifying everything. The senior officers will brief you," Police say. pic.twitter.com/otlJ0UXLyL

Sudhir Suri’s name has come in controversies in the past as well. In July last year, he was arrested for making objectionable remarks towards a community.

According to the police, Two attackers are said to be involved in the shooting. Police have arrested one of them while the other is absconding.