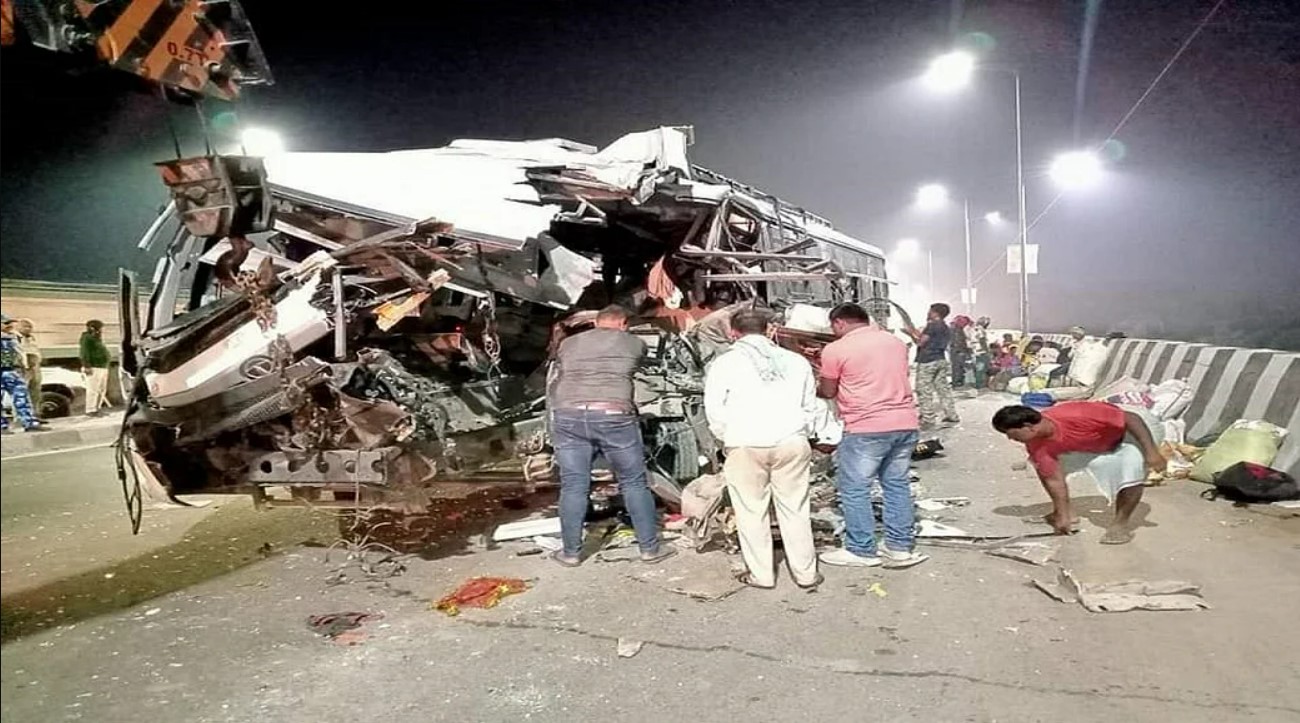 HAJIPUR: A horrific road accident took place on Diggi Overbridged in Hajipur, Bihar on Wednesday night. More than a dozen people were injured while two people died on the spot in bus-truck collision. The bus was full of laborers who were on their way homes for Chhath Puja celebration after the holidays.

According to the police, more than 50 people travelling in the bus. The bus was going from Patna to Bagaha. Laborers working in Patna Rice Mill who were returning home in Chhath. Police conducted rescue operation on the spot and all the injured admitted to Sadar Hospital.

According to media reports, it is being told that this incident has happened due to the high speed and darkness of the bus. The incident took place at Digdhi overbridged on Hajipur-Muzaffarpur NH 22, while the local police team reached the spot as soon as the information about the accident was received. Two people had died on the spot. The injured have been admitted to Sadar Hospital.