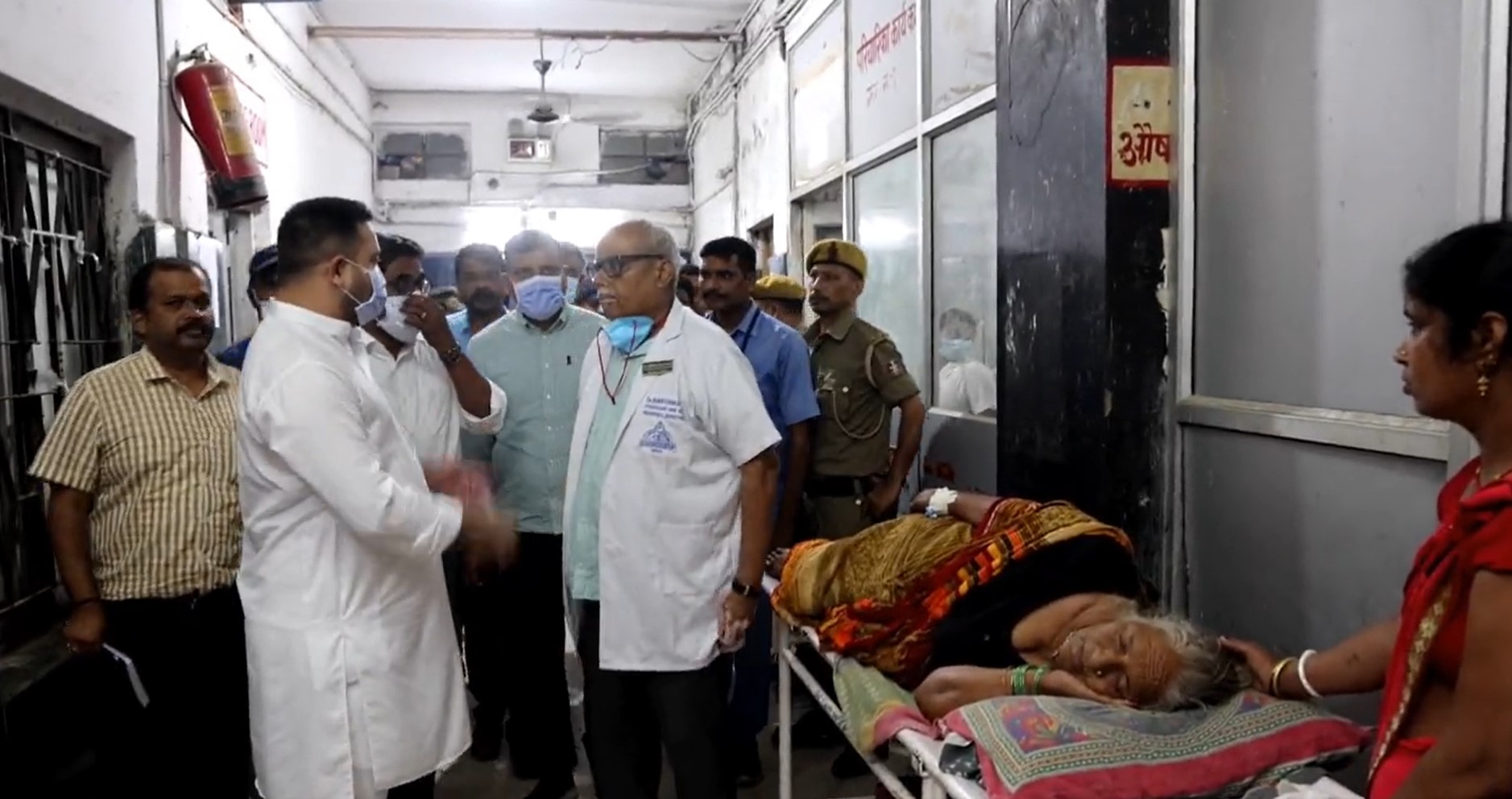 “Harsh decision to suspend him without giving opportunity to defend himself is quite unfair to an officer of his stature & repute,” letter reads, according to the letter statement.

After the action, the Deputy Chief Minister also expressed deep displeasure. After the suspension of Dr. Vinod, the IMA was enraged and called an emergency meeting on Saturday.

The BJP came in support of the suspended doctor and demanded an apology from deputy chief minister and health minister, Tejashwi Yadav

Tejashwi had expressed dissatisfaction with the functioning of the Medical Superintendent of NMCH. He had also given many instructions on the spot to improve the system. Later, he also asked the top officials of the health department to take action on it. After this, Medical Superintendent Dr. Vinod Kumar Singh was suspended with immediate effect due to negligence in work, not discharging his duties properly, administrative incompetence and disobeying departmental instructions.

On Saturday IMA criticised the Bihar government’s decision on Friday to suspend Dr Binod Kumar Singh, medical superintendent of Patna’s NMCH, without giving him an opportunity to defend, and said it will take legal recourse if the government does not revoke its decision, IMA national president Dr Sahajanand Prasad Singh said on Saturday.

The action was unfair to an officer of his stature and repute, said Dr Singh in separate letters to the Bihar governor Phagu Chauhan and chief minister Nitish Kumar, seeking their intervention to revoke the suspension order. The letter was signed jointly by IMA secretary general Dr Jayesh Lele.

The issue seemed to snowball into a controversy with the Bharatiya Janata Party (BJP) also supporting the suspended doctor and demanding an apology from deputy chief minister Tejashwi Yadav, also the health minister, for what it said was his “immature” and “insensitive” action and “autocratic style of governance”.

Yadav suspended Dr Binod Singh on Friday, after inspecting the hospital and interacting with relatives of some patients the previous evening. Yadav was dissatisfied with the manner in which the doctors were treating patients, lack of medicines and upkeep of the hospital.

“IMA will seek legal redressal if the Bihar government does not revoke its decision,” said Dr Singh.

Following is the letter to CM by IMA.