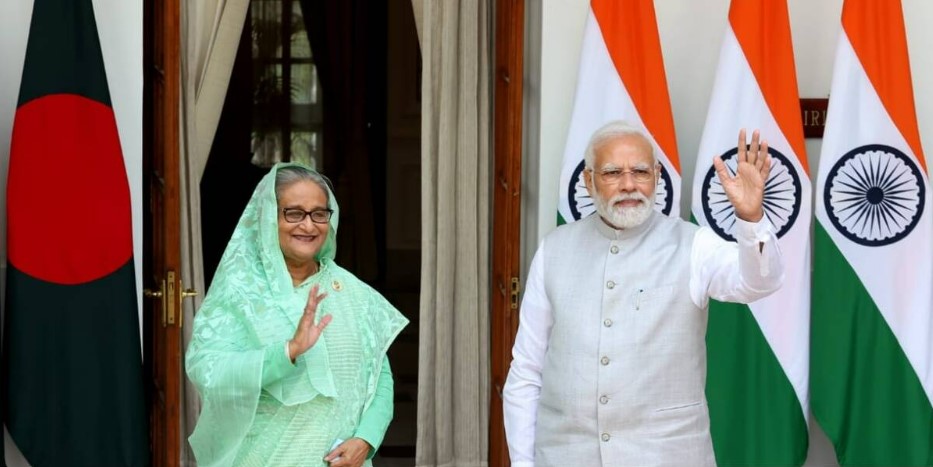 Can resolve all problems with Modi at helm in India: PM Sheikh Hasina

Modi said these things after bilateral talks with Bangladesh PM Sheikh Hasina, who made a strong pitch for early conclusion of the Teesta water sharing agreement.

PM Modi said, “Today we emphasized on partnership to fight against terrorism and radicalization. In line with the spirit of the year 1971, it is necessary that we fight together against such forces, who want to break trust in each other.

Earlier, Prime Minister Narendra Modi, along with Bangladesh Prime Minister Sheikh Hasina, who visited India, announced at Hyderabad House in Delhi that an agreement has been reached between the two countries on the sharing of the waters of the Kushiyara river. There has been no statement regarding the distribution of water.

Modi noted that 54 rivers pass through the borders of India and Bangladesh and are linked to the livelihoods of the people of both the countries for centuries.

Can resolve all problems with Modi at helm in India: PM Sheikh Hasina

Speaking after a meeting with Modi in Delhi, Hasina said: “…both the countries have achieved remarkable progress in a number of areas, I recall that the two countries have resolved many outstanding issues in the spirit of friendship and cooperation and will hope that all outstanding issues including the Teesta water-sharing treaty would be concluded at an early date.”

“Today, I thank Mr Modi that we resolved the issue of Kushiyara… So, I know as long as Prime Minister Modi is here, Bangladesh and India will resolve all these problems,” said Hasina with Modi by her side.

Besides the agreement on water-sharing on the Kushiyara river, the two sides also signed pacts on railways, space, IT, and media.