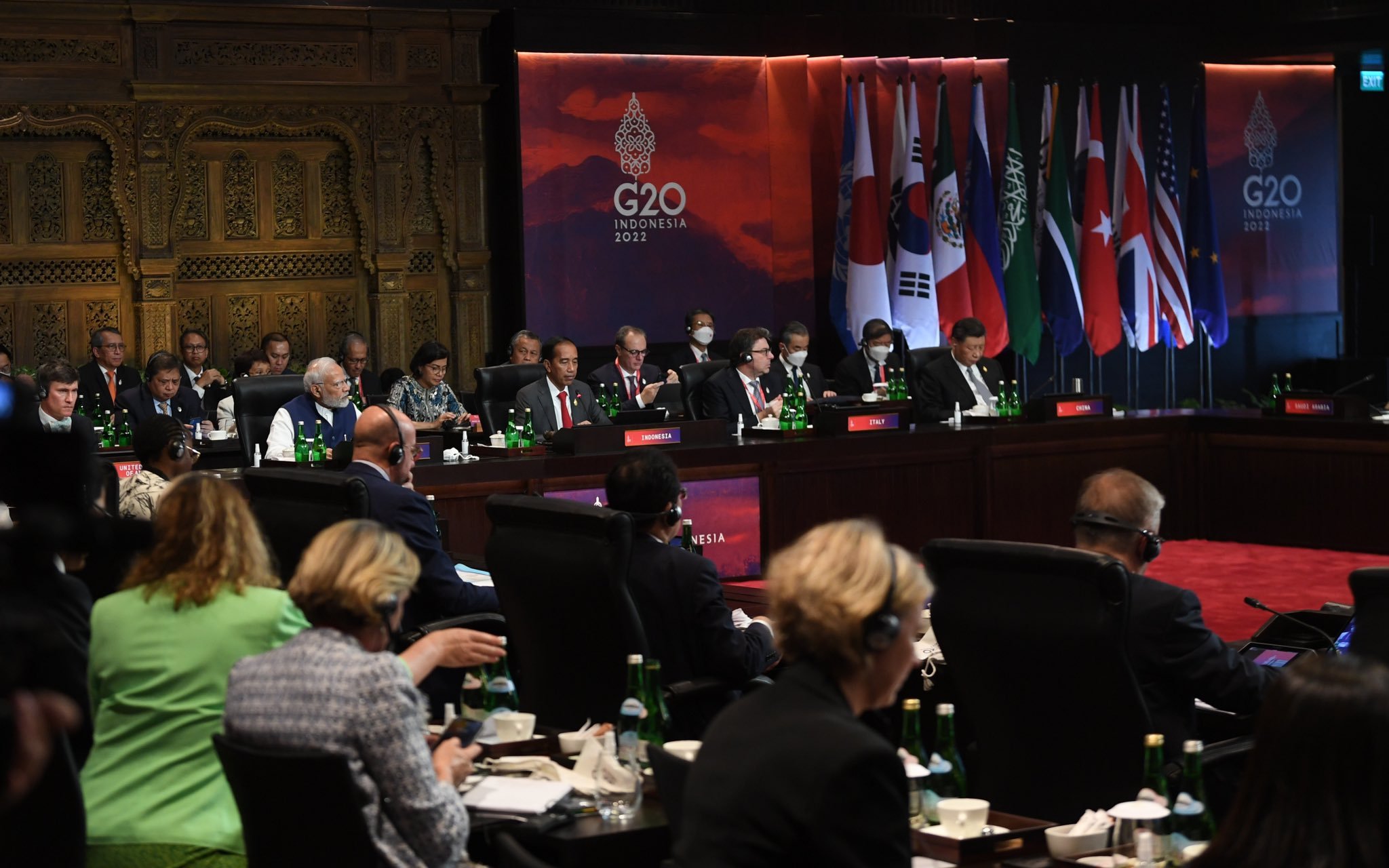 BALI (Indonesian): On Wednesday, Indonesian President Joko Widodo officially handed over the G-20 Presidency to India at the end of a summit of the bloc’s leaders in Bali. Next year the G20 summit will be held in India.

At the closing ceremony of the G20 summit, Prime Minister Narendra Modi said that India’s G20 presidency will be inclusive, ambitious, decisive and action-oriented.

It is a matter of pride for every Indian as the country takes over the presidency, Said PM Modi.

PM Modi said, In the next one year, it will be our endeavor to act as a global enabler to accelerate collective action of the G20.

It's a matter of pride for every Indian as India takes over the presidency of the G20. We will organise G20 meetings in different states and cities in India. Together we will make G20 a catalyst for global change: PM Modi at the closing session of the G20 Summit in Bali pic.twitter.com/M4wB5XGzKt

We have to give priority to the development of women’s leadership in the G20 agenda, he added.

PM Modi also addressed a session on digital transformation in the Bali summit on Wednesday.

He said, “Digital transformation is most remarkable change of our era. Proper use of digital technologies can become force multiplier in decades-long global fight against poverty.”

“Digital solutions can be helpful in fight against climate change as we saw in examples of remote-working & paperless offices during Covid. In India, we are making digital access public, but at international level, there is still huge digital divide,” PM Modi said.

Addressed G20 Indonesia session on Digital Transformation. Many tech innovations are among biggest transformations of our era. Technology has emerged as a force multiplier in battling poverty. Digital solutions can show way to solve global challenges like climate change: PM Modi pic.twitter.com/WGWB8YdlRn

“India’s experience of past few years has shown that if we make digital architecture inclusive, it can bring about socio-economic changes. India has developed digital public goods whose basic architecture has in-built democratic principles,” the Prime Minister said.

“The principle of ‘data for development’ will be integral part of theme of India’s G-20 Presidency ‘One Earth, One Family, One Future'”, he said.

“It is responsibility of G-20 leaders that benefits of digital transformation should not be confined to small part of human race,” PM Modi said.