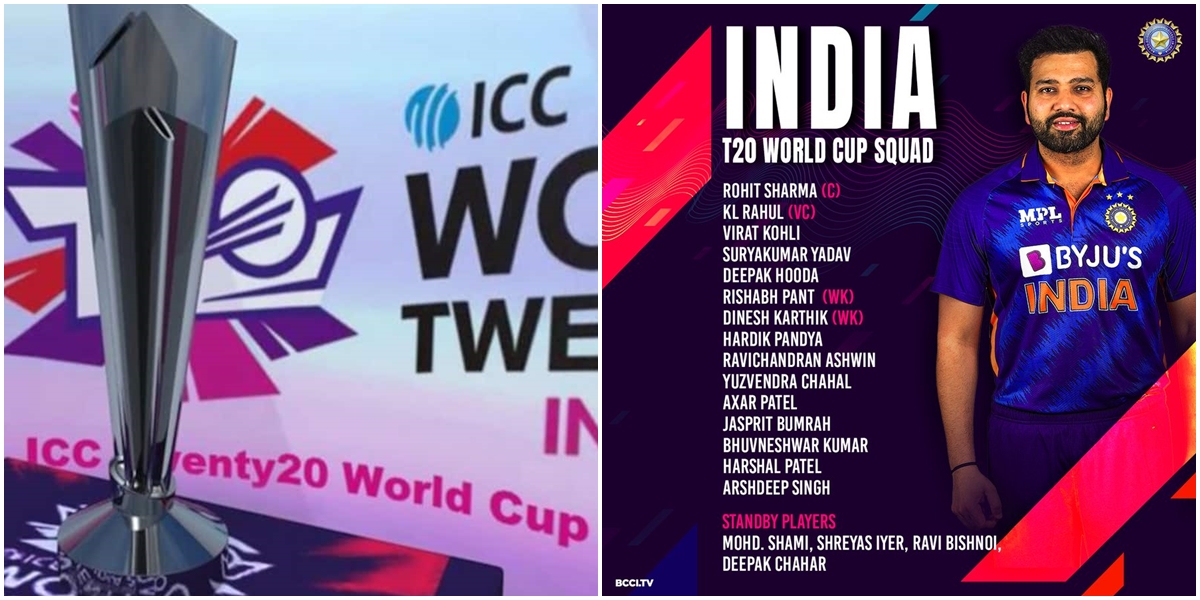 NEW DELHI: The Indian team for the ICC T20 World Cup 2022 has been announced. On Monday 12 September, the Board of Control for Cricket in India (BCCI) announced the team for this mega event. As expected Rohit Sharma was named the skipper for the mega T20 event, ehile his opening partner KL Rahul will will act as the deputy in the squad. Virat Kohli and Suryakumar Yadav are other superstar batters in squad.

The Senior selection committee meeting was held on Monday afternoon. During the meeting 15-member team was selected. Team India will be captained by Rohit Sharma and Vice-captain KL Rahul in the multi-nation tournament to be held in Australia. Fast bowler Mohammed Shami has not been found in the main team. He and Deepak Chahar have been selected in the team as reserve players.

Injured Ravindra Jadeja is not a part of the final fifty of the T20 World Cup, but the good thing is that the team’s leading fast bowler Jasprit Bumrah is back in the team. Ravi Bishnoi and Avesh Khan are out of the squad for the Asia Cup 2022. The remaining 13 players are the same, while Jasprit Bumrah and Harshal Patel have returned. The Indian team performed poorly in the Asia Cup and the team could not reach the final. Young fast bowler Arshdeep Singh has also been kept in the main team.

India returned to their four pacers plus Hardik Pandya (as the fifth option) strategy after their strategy of picking three specialist fast-bowlers backfired in Asia Cup 2022. Bhuvneshwar Kumar and Arshdeep Singh retained their places in the T20 WC team from the Asia Cup squad, while Jasprit Bumrah and Harshal Patel recovered from their injuries in time to give India a massive boost for T20 World Cup.

One title 🏆
One goal 🎯
Our squad 💪🏻#TeamIndia | #T20WorldCup pic.twitter.com/Dw9fWinHYQ

Can KL, Rohit and Virat be dropped from T20 World Cup?, Aakash Chopra answered this

The ICC Men’s T20 World Cup 2022 is to be held in Australia from 16 October to 13 November. Team India’s first match is against Pakistan on Sunday 23 October.