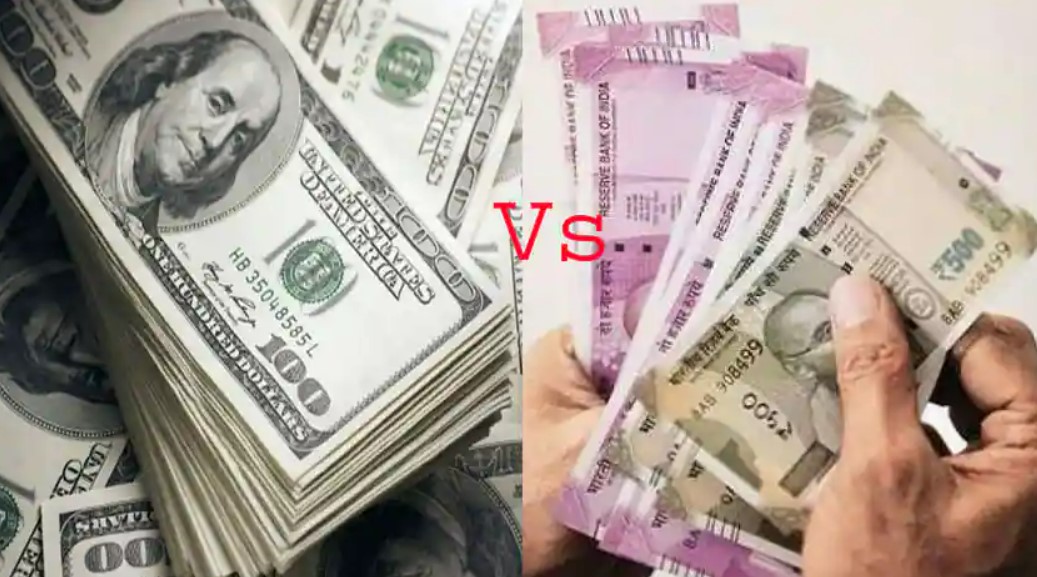 New Delhi: India’s foreign exchange reserves have fallen to a 15-month reflecting the cost of braking the decline of the rupee against the super-charged dollar that is going from strength to strength.

There is no end to the bad news for the Indian economy todays. The Indian rupee has historically crossed 80 against the dollar.

That is, the value of one dollar has exceeded 80 rupees. Along with, there is a continuous decline in the foreign exchange reserves of India. India’s foreign exchange reserves have declined by $ 8.062 billion to $ 580.252 billion as of the week of July 8. It was the second consecutive weekly fall in the reserves which now are enough to cover 10 months of imports, and the lowest level in 15 months. The weekly figures of the Reserve Bank of India were released on Friday.

RBI says that the biggest impact has been due to the fall in Foreign Currency Asset (FCA). Along with this, the gold reserve has also declined. On July 8, the FCA had declined by $6.656 billion and reached $518.089 billion.

The reserve Bank of India’s goal is to ensure “an orderly evolution” of the rupee, central bank governor Shaktikanta Das said this week. The central bank is not targeting any specific level for the rupee, aiming only to defend the currency against any major speculative attacks.

Apart from the dollar, the FCA is also affected by fluctuations in currencies such as the pound, euro and yen. Gold reserves have declined by $ 1.236 billion and have reached $39.186 billion. Apart from this, the SDR of the International Monetary Fund has also declined by $ 122 million and it has reached $ 18.012 billion.

In June 1991, India’s foreign exchange reserves were almost empty. There was less than a billion dollars left. These dollars would have ended in paying oil and food bills for just 20 days.

India did not even have enough foreign exchange to trade with the rest of the world. India’s external debt had reached 72 billion dollars. India was then the third largest debtor country in the world after Brazil and Mexico. People’s trust in the country’s economy and government was beginning to end. Inflation, revenue deficit and current account deficit had reached double digits.

Why is foreign exchange necessary?

Having enough foreign exchange in any economy is very important in many respects. Foreign currency refers to the US dollar. The US currency has become the hallmark of the dollar as a global currency. Dollar and Euro are very popular and accepted in international trade. Of the foreign exchange reserves held by central banks around the world, 64 per cent are in US dollars. In such a situation, the dollar itself becomes a global currency. The dollar is the global currency, it is a symbol of its strength and the strength of the US economy.