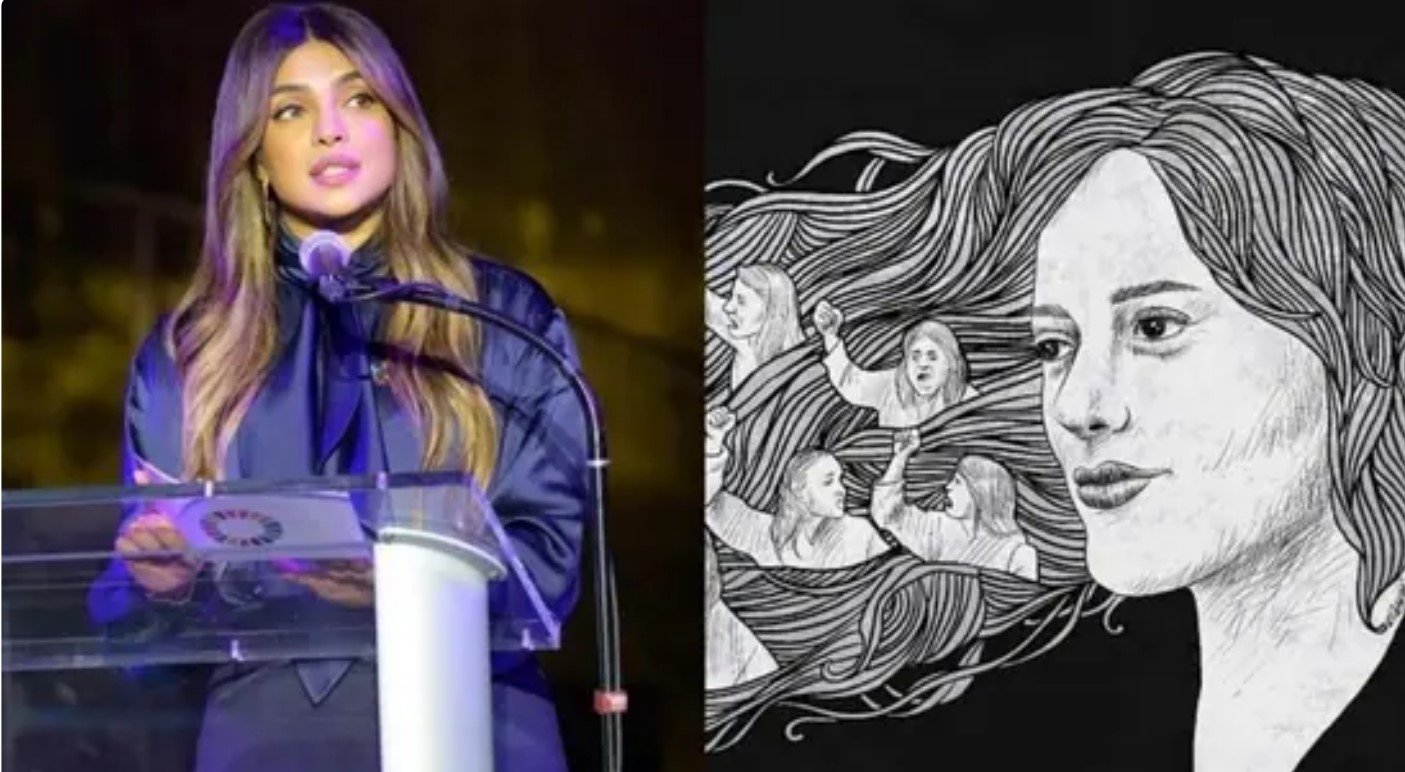 TEHRAN: Amid the ongoing turmoil in Iran, Bollywood actress Priyanka Chopra has extended her support to Mahsa Amini and the protests that started in Iran after her death.

Priyanka Chopra has written a message on Instagram to the women who raised their voices in the protests.

She wrote, ” Women in Iran and around the world are standing up and raising their voices, publicly cutting their hair and many other forms of protest for Mahsa Amini, whose young life was taken away so brutally by the Iranian Morality Police for wearing her hijab ‘improperly’. The voices that speak after ages of forced silence, will rightfully burst like a volcano! And they will not and MUST not be stemmed”.

I am in awe of your courage and your purpose. It is not easy to risk your life, literally, to challenge the patriarchal establishment and fight for your rights. But, you are courageous women doing this every day regardless of the cost to yourselves, she added.

She wrote, To ensure that this movement will have a lasting effect, we must hear their call, understand the issues and then join in with our collective voices. We must also get everyone who can influence others to join as well. Numbers matter.

Add your voice to this critical movement. Stay informed and be vocal, so these voices can no longer be forced to stay silent.

I stand with you. Jin, jiyan , azaadi… Women, life, freedom.

Who was Mahsa Amini?

Mahsa Amini, 22, was arrested on September 13 as she was leaving a Tehran metro station with her brother and other relatives. She was arrested for allegedly breaching Iran’s strict rules for women on wearing hijab headscarves and modest clothing. Mahsa was in a coma for three days, then died “of natural causes,” as the authorities claimed, but according to activists, the cause of her death was a fatal blow to the head.

But Mehsa’s father Amjad says that Mehsa’s 17-year-old brother Arash was there and was told that Mahsa was beaten up by the police.

He says, “My son was with him. Some eyewitnesses told my son that Mahsa was beaten up in the van and at the police station.

After the incident, thousands of Iranians have taken to the streets over the last two weeks to protest the death of Mahsa Amini. Women around the globe have shown solidarity with Iranian women’s plight in rallies and demonstrations by cutting or shaving their hair in public or while being filmed.