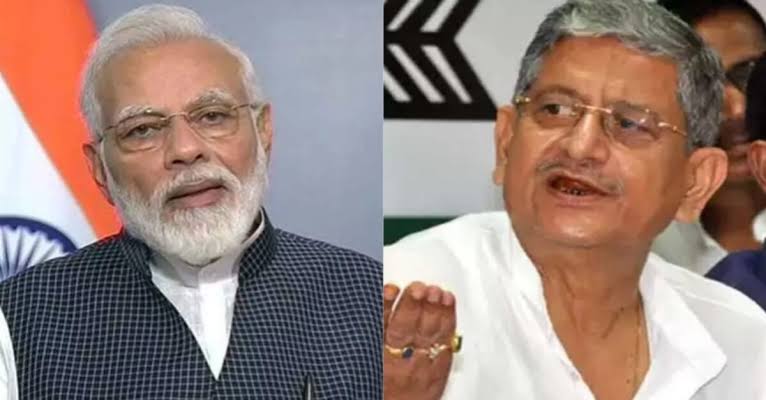 PATNA: after the ban on the civic elections in Bihar due to reservation issue, the politics of the state has been heated up regarding the backward classes. There is constant rhetoric from the Grand Alliance and the BJP and both are accusing each other of being anti-backward. Meanwhile, now there is a political uproar due to a statement of JDU National President Lalan Singh, in which he called Prime Minister Narendra Modi a duplicate OBC. At the same time, BJP has now become an attacker on JDU.

Janata Dal United JD (U) National President Lalan Singh made an objectionable statement on PM Modi while addressing a program. He said that PM Modi is a duplicate OBC and Bahurupiya. He said that the Prime Minister of the country is a tea seller hypocrite and this needs to be exposed.

#WATCH | In 2014, PM Modi roamed the country saying he was from the Extremely Backward Class (EBC). There's no EBC in Gujarat, only OBC. When he became Gujarat CM he added his caste to OBC. He's a duplicate, not an original: JD(U) national president Lalan Singh at Patna y'day pic.twitter.com/EY5xwysLYC

These are duplicates – Lalan Singh

Lalan Singh said- ‘Do you know who is called Bahurupiya?.. Shows 12 forms in 12 days. This whole party is bahuroopiya. There is a need to avoid such people. On the backward society, Lalan Singh said – ‘This tea seller is a pawn. Do they even know how to make tea? Such hypocrites need to be exposed.

On inflation and unemployment, Lalan Singh said that these people do anything for votes. He said that if a person remains Prime Minister for 10 years, then he will give accounts. But the prime minister never gives accounts. Inflation is rising, unemployment is rising. The jobs that are there are being destroyed. Lalan Singh alleged that during the tenure of Narendra Modi, as much employment has been destroyed in this country as has not been done since independence till date.